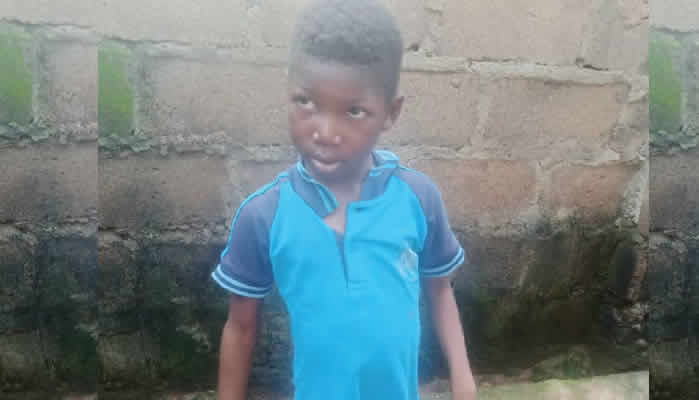 Life has no doubt been harsh on Pelumi when about seven months old, he was struck with seizure disorder said to have affected his brain and growth.

The story has been told of seven-year-old Pelumi Ayoko, who is battling a serious health condition.

For Pelumi, his desire to engage in daily activities like his peers is gradually being hampered, The PUNCH reports.

Life has no doubt been harsh on Pelumi when about seven months old, he was struck with seizure disorder said to have affected his brain and growth.

When City Round visited Pelumi’s house at Agbogbo area of Akure, the Ondo State capital, the frail-looking lad sat quietly as he watched his friends play football in the compound. He clapped for them but couldn’t join.

In a medical report signed by a consultant in charge of the boy’s case, Dr Adebayo Akingunoye of the Ondo State Neuro-psychiatric Hospital, Akure, said Pelumi was diagnosed with seizure disorder and neurologic condition.

The report read, “He is a patient known to this facility who first presented here on August 6, 2019, with complaints of recurrent multiple convulsions, excessive sweating, difficulty in raising left hand and leg and loss of consciousness. He was thereafter diagnosed as a case of seizure disorder together with another neurologic condition which will necessitate his treatment.”

The doctor also noted that the treatment was lifelong and the patient would need continuous medication, which would gulp over N50,000 per month and over N600,000 per year.

To this end, the boy’s mother, Mrs Motunrayo Ayoko, a petty trader has appealed to well-meaning Nigerians to assist her in the purchase of the drugs for the boy’s monthly treatment.

Motunrayo stated that she and her husband had spent all they had on their son’s treatment, adding that the ailment started when Pelumi was one-year-old.

She said, “I am appealing to the people of Nigeria to assist me in the treatment of my boy. We have been on this problem since he was one-year-old and they told us in the hospital that it is a lifelong ailment and it needs continuous treatment. Whenever he has crisis, he falls down and become unconscious until we give him the drugs

“He is a place where we are taking care of him as we don’t have money to take him to the hospital again. The sickness has affected his education and growth. We have spent all we have on his treatment. That is why I am making this appeal to the kind-hearted Nigerians to help us financially.”

Donations can be made to Pelumi via Emmanuel Motunrayo Labake; account number: 2127072412 and bank: UBA.