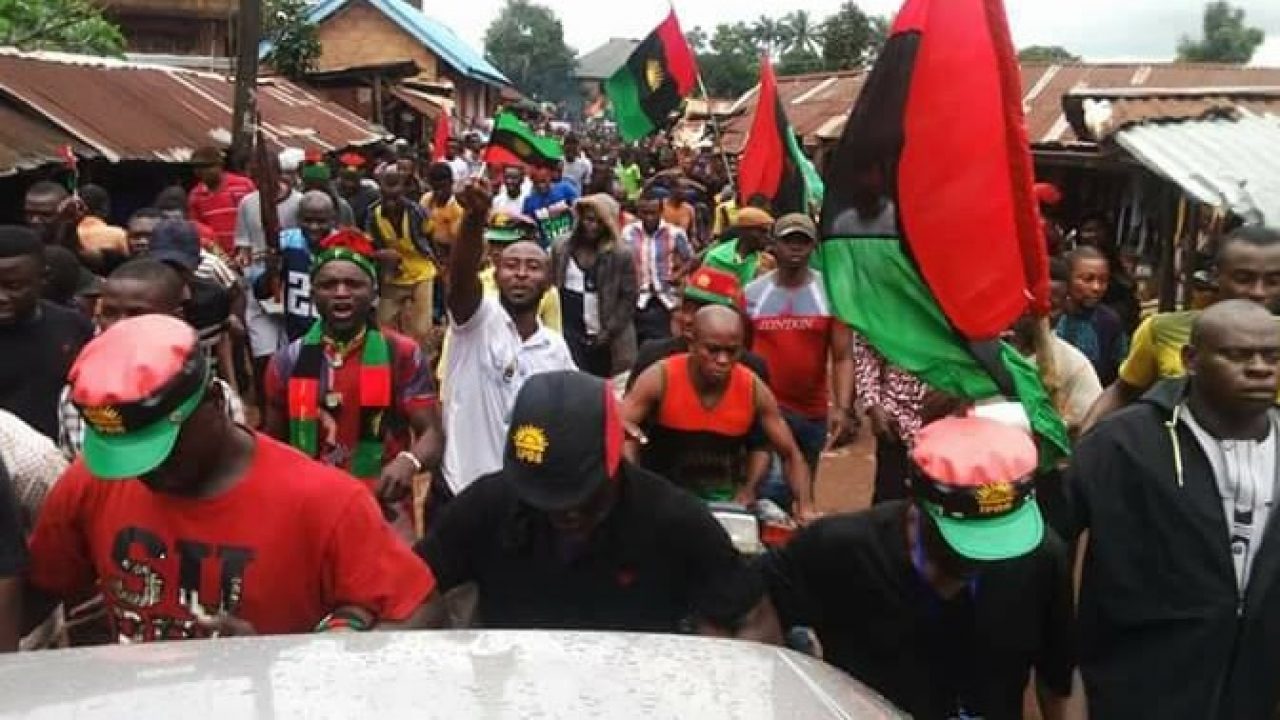 The proscribed Indigenous People of Biafra (IPOB) has denied media reports that it was responsible for the attack on Imo Police Headquarters and Correctional Centre.

How gunmen attacked the two government facilities, razed their operational vehicles, and freed over 2,000 inmates.

But in a statement on Monday by its Media and Publicity Secretary, Emma Powerful, IPOB said the attacks were not carried out by operatives of Eastern Security Network (ESN).

He warned those linking IPOB and ESN to the attacks to stop because the group was formed on the principle of peace.

The IPOB spokesman added that it is not the mandate of the group to attack security personnel or prison facilities.

He said: “The attention of IPOB has been drawn again to the fallacious and fabricated news that IPOB and ESN are involved in the attack of prison and police headquarters in Owerri Imo State.

“IPOB and ESN are known groups, not unknown gunmen. ESN is in the bush chasing Fulani terrorists, why linking IPOB and ESN to this attack.

“IPOB and ESN were not involved in the attack in Owerri Imo State. and the recent attack on Onitsha Owerri road at Ukwuorji junction. It is not our mandate to attack security personnel or prison facilities.

“The Nigeria Government and her compromised media outfits should stop linking IPOB and ESN to the multiple attacks going on in Nigeria now. IPOB was formed on the principle of peace and we are still in it.

Unknown gunmen are different people which we don’t know them and they are not IPOB or ESN security outfit.”

Meanwhile, the factional chairman of Ohanaeze Ndigbo, Chidi Ibeh, has cautioned against reprisals following what appears to be targeted killings in parts of the south-east.

Recall that seven northern traders were killed last week in Njaba LGA in Imo when armed men opened fire on them during two separate attacks.

The attack followed the reported killing of 15 persons in Ishielu LGA of Ebonyi during an attack in which David Umahi, the governor, said herdsmen were complicit.

But in a statement on Monday, Ibe called for a “ceasefire” from both the southern and northern groups involved and affected by the killings.

He also said the group has reached out to some northern groups to reassure them of the safety of northerners in the south-east.

“There’s no amount of provocative actions sponsored by enemies against the East and North that will pitch the two regions into escalating tensions and war between them again since after 1970,” he said.

“The evidence on the ground shows that there are fears amongst both Northern communities residing in the East likewise the Igbos staying in the North, and urgent steps must be taken to prevent further reprisal attacks both in the North and East immediately.”