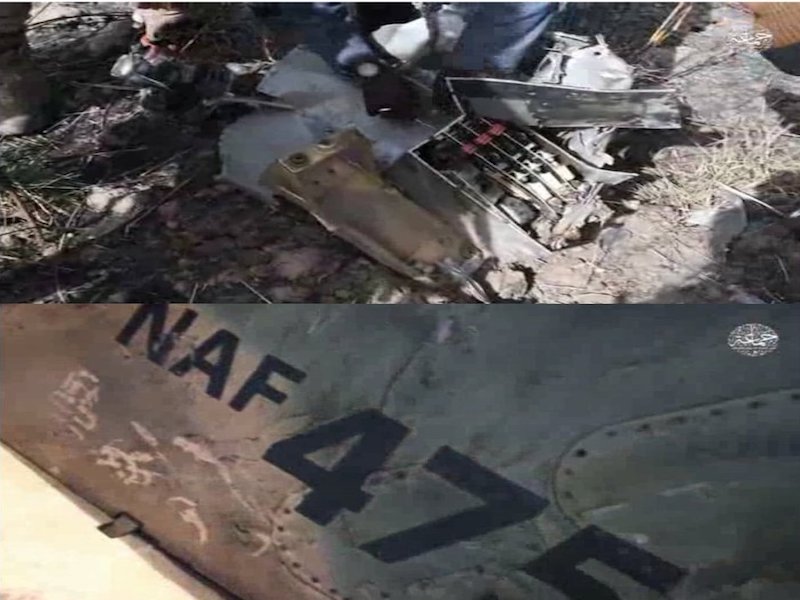 The body of a pilot in the ill-fated Nigerian Air Force fighter jet has been found while another is missing.

The Nigerian Air Force may have confirmed the deafh of its pilot in the ill-fated fighter jet after recovering a body and the wrecked jet. However, the body of the second pilot is still missing, according to ThisDay.

The report stated further that the Nigerian Air Force fighter jet that went missing last week may have been found in Bama, Borno State.

The report revealed that the information was given by an authoritative military source yesterday.

The source said it was found with the body of one of the pilots intact. The pilot was Flight Lieutenant Chapele Ebiakpo. He, however, said the body of the other pilot, Flight Lieutenant John Abolarinwa, is still being searched for, explaining that troops on the ground have been asked to intensify their search.

The Air Force had declared the Alpha Jet fighter aircraft, NAF 475, missing on March 31, saying a few days later that it might have crashed.

The terrorist group, Boko Haram, had claimed responsibility for the crash but the military refuted the claim.

THISDAY source said last night that the jet, which took off from Maiduguri Airport crashed five minutes after take-off at an estimated altitude of 15,000 feet, explaining that at that height no missile by Boko Haram could have hit and brought it down.

“Given what we have seen, the jet could not have been hit by any missile. It must have been caused by a technical fault that would be revealed by ongoing investigations,” he said.

The jet, according to Air Force spokesman, Commodore Edward Gabkwet, was on an interdiction mission in support of ground troopsas part of the ongoing counterinsurgency operations in the North-eastwhen it lost contact with the radar.