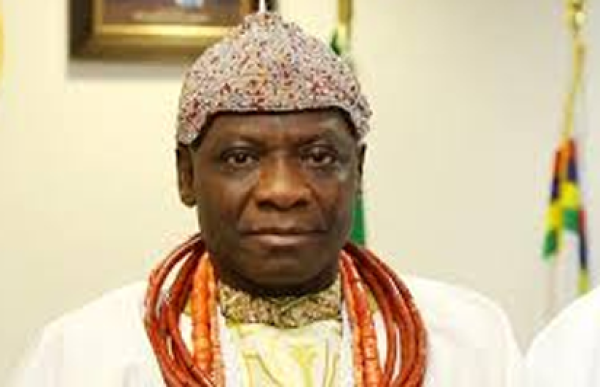 This development was announced by the Iyatsere of Warri kingdom and Acting Chairman Warri council of Chiefs and Olu Advisory council, Chief Johnson Amatserunreleghe.

This was done after Amatserunreleghe had earlier in the day, announced the passage of its monarch His Royal Majesty, Ogiame Ikenwoli at Ode Itsekiri, Warri South local government area, Delta State.

As a mark of respect for the departed monarch, there will be no merrymaking in the oil city of Warri for the next three months.

Also, all forms of merrymaking including burials, marriages, dancing have been suspended across all Itsekiri communities for the next three months.

Similarly, all Itsekiri sons and daughters must tie their wrappers upsidedown for the duration of the mourning.

“No burials, marriages, dancing will hold across all Itsekiri communities for three months ” ‘There shall be no merrymaking of any kind anywhere in Iwere land. All Itsekiri sons and daughters must tie their wrappers upside down for the duration,” Amatserunreleghe declared.

The declaration was followed by 20 cannon shots fired to announce the departure of the monarch and Naija News understands that the 20 cannon shots signified that 20 Olus had reigned over the Iwere nation.

He holds a Bachelor of Arts degree, majoring in International Studies and Political science while minoring in History and Economics. He also holds a Master’s of Science degree in Management.

Meanwhile, angry youths have attacked the lawmaker representing Alkaleri-Kirfi Federal Constituency in Bauchi State, Musa Pali, who has been accused of not delivering the dividends of democracy in his constituency.

A source that spoke with SaharaReporters, noted that the lawmaker was in his constituency for a social function when he was attacked.

The source added that Pali was attacked by his people who alleged that he had been making promises for many years without fulfilling them.

It took the intervention of security operatives who whisked Pali away after sustaining minor bruises, to save his life.