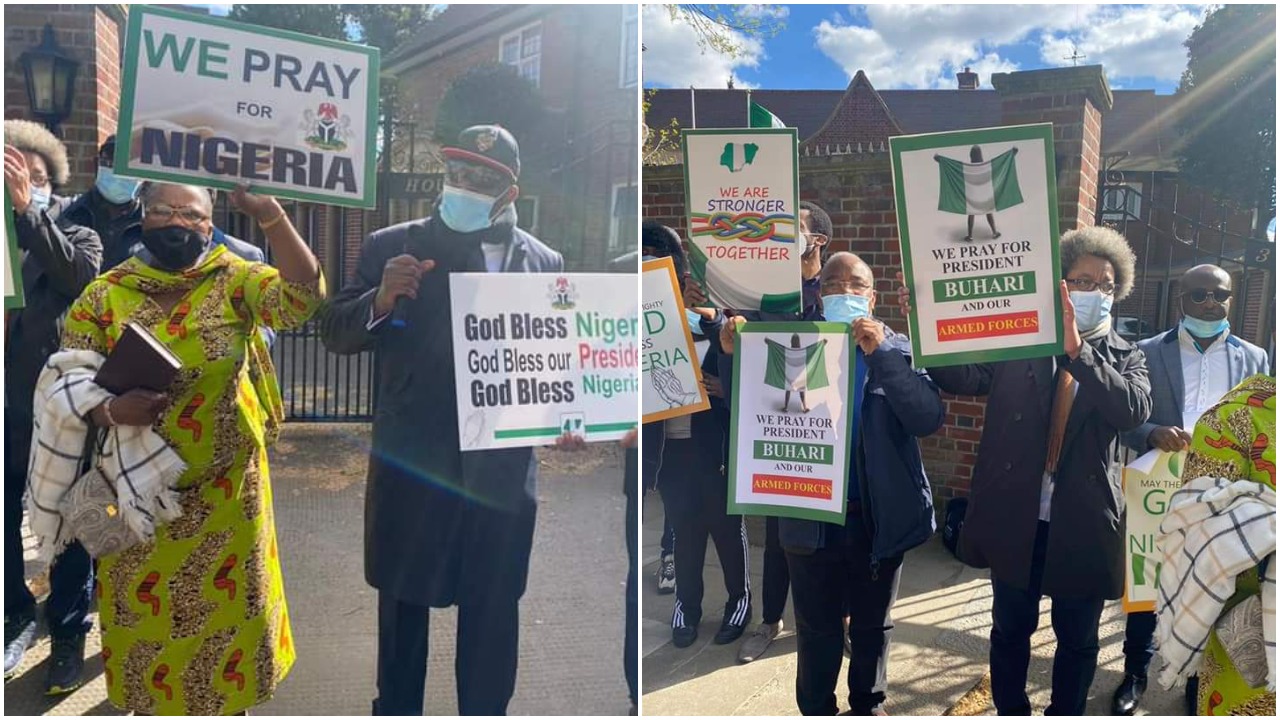 Reno Omokri, a former aide to ex-president Goodluck Jonathan has alleged that President Muhammadu Buhari’s supporters were paid £75 bribe to protest at the Abuja house in London.

Buhari’s supporters stormed the area on Monday with placards in support of President Buhari.

The rally is sequel to an anti-Buhari protest led by Omokri at the same Abuja House where Buhari is reportedly staying as he undergoes a medical check-up.

Omokri had on Friday led a protest demanding that the president returns to Nigeria without going through his medicals.

Reacting to the protest in support of Buhari’s visit to the UK, Omokri who alleged that the government paid supporters, described the act as shameful.

On his Twitter page, the former Presidential spokesman wrote: “Dear Garba Shehu, Is this all you guys could do despite your £75 per head bribe? Garba, admit it, you and your government are thoroughly shameless. Without paying anyone one kobo, I was able to sustain Harass Buhari out of London for days and we will continue. Shame on you.

“Shame on General Buhari, their so-called ‘solidarity rally’ for Buhari at Abuja House flopped, with only 5 people turning up, despite the £75 per head they paid. El-Rufai is this the best you guys can do to counter #HarassBuhariOutofLondon. Better demand a refund of your bribe.”