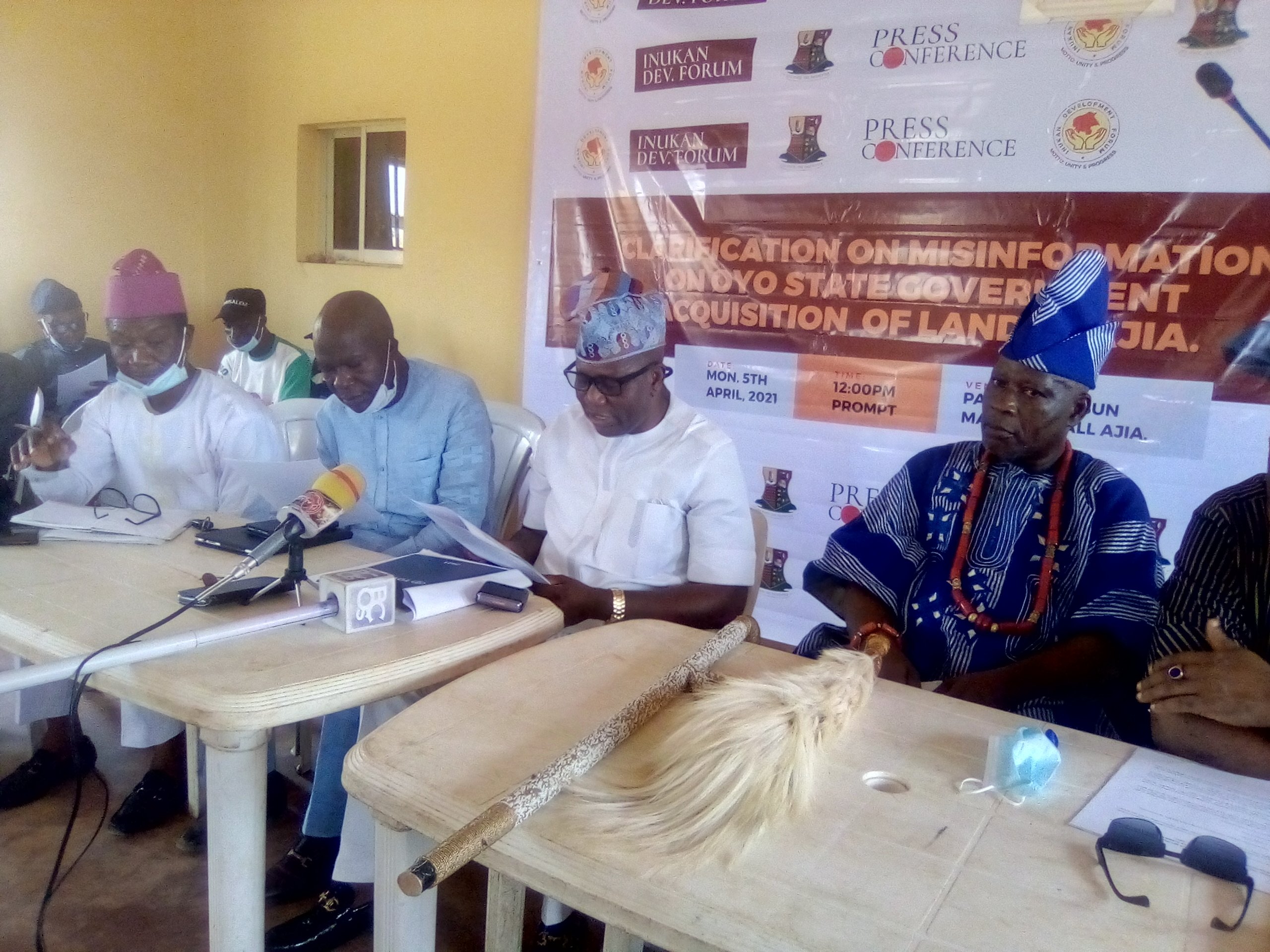 The Alajia of Ajia in Ona Ara local government area of Ibadan, Oba Yusuf Nurain Adebona has said that Oyo State Governor, Seyi Makinde has no plans to acquire some parcels of land in the town without compensating rightful owners of the property.

Oba Adebona made this disclosure on Monday while addressing a press conference organized by Inukan Development Forum led by Sunday Gbenjo at Ajia town.

Our correspondent gathered that some residents of the town recently staged a protest over the alleged acquisition of some parcels of land for the construction of public facilities by the Oyo State government.

Recall that Makinde who became the state governor on May 29th 2019 is from Ajia town.

But, Adebona while speaking with journalists, noted that the state government has no plans to acquire the land without giving due compensation to the rightful affected families and residents.

He said, “What I am interested in is the development of the town. When I ascended the throne, I made sure that those people who had encroached on the government land are sent away.

“And we are telling the people to be rest assured, that all the people who are rightful owners will be compensated by the government. There is no plan to acquire the land forcefully.”

Gbenjo while speaking, noted that the government has assured the people that collation of names will be done to compensate the affected families.

He added that there is no need for the residents to be carrying placards to discredit the state government.

“Furthermore, the government assured that collation of names and properties affected will be done for the purpose of compensation.

“I, therefore, see no reason whatsoever that few elements will be going around carrying placards using gentlemen of the press to blackmail the government of the day and Ajia community.

“The reason why Ajia land acquisition is in question is no more but political. I hereby urge you not to use Ajia as a springboard of dirty politics.

“We have the assurance of our amiable Governor that compensation would be paid to all the affected in full and final. The level of compensation is going to be commensurate with the policy of Oyo State.”