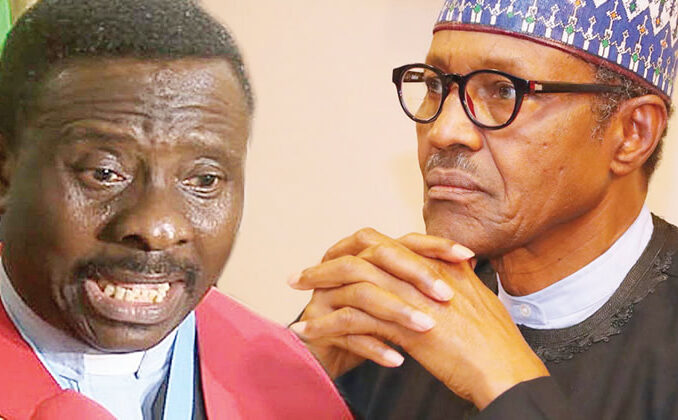 The Christian Association of Nigeria (CAN) has described President Muhammadu Buhari as an incompetent and religiously biased leader.

The President of the association, Samson Ayokunle, said this on Tuesday in Abeokuta, Ogun state capital at the Holy Convocation organised by the Victory Life Bible Church.

Ayokunle, who spoke on the theme of the convocation, ‘The state of the nation: The way forward’, opined that the insecurity and other vices being witnessed in the country were a result of negligence on the part of the Buhari administration.

Ayokunle, who also worried about the spate of insecurity and criminality in the country, lamented that criminals were being more professional than various security outfits in Nigeria.

“The criminals are behaving more professionally than the regular law enforcement agents. You were complaining about past leaders; we knew that the past leaders didn’t do well and we approach you to make a change.”

Obasanjo said the rot started with the military heads who wanted to have local government councils in their respective areas, adding that the political class took the rot further with corruption.

A statement by the former president’s media aide, Kehinde Akinyemi, quoted him to have said this on Tuesday while playing host to the new President of the National Union of Local Government Employees (NULGE), Comrade Akeem Olatunji Ambali, at his Olusegun Obasanjo Presidential Library Penthouse residence, Abeokuta.

The former president noted that the survival of the current state of local government administration in the country “is in the hand of God.”

According to him, the situation in the 774 local governments has been worsened as they could not even afford graders to make their roads motorable among other functions highlighted by the 1976 Local Government Reform.

He said the reform has been degraded by the states’ executives, urging the local government workers in the country to be prayerful for things to get better.