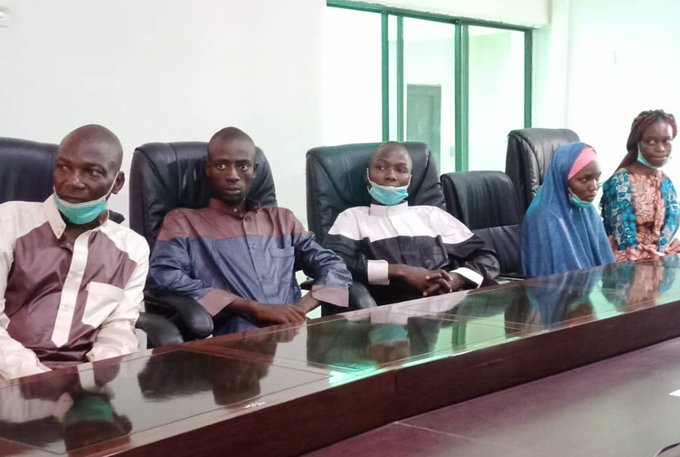 One of the students of Federal College of Forestry Mechanization, Afaka, Mando, Kaduna State who have been reunited with their families after being freed by bandits, has spoken about how they were freed.

Kaduna state Commissioner for Internal Security and Home Affairs, Samuel Aruwan who first announced the release of the students had said;

“The Nigerian military has informed the Kaduna State Government that five of the many kidnapped students of the Federal College of Forestry Mechanization, Afaka, Kaduna were recovered this afternoon and are presently in a military facility where they are undergoing a thorough medical check-up.”

Army Spokesperson, Brig. Gen. Yerima Mohammed while speaking about the “rescued” students, said the GOC 1 Division commended the troops for their “effort and charged them not to rest until all the kidnap victims are rescued.”

“The rescued students are currently receiving medical attention in a military facility in Kaduna. The GOC 1 Division, Maj Gen DH Ali-Keffi has commended the troops for their effort and charged them not to rest on their oars until all kidnap victims are rescued and returned to their families.”

However one of the students who spoke to Daily Trust said the bandits released them voluntarily. Francis Paul, a 200 Level Student of Agriculture Technology at the institution said;

“One afternoon, they (the bandits) came and started selecting us… I was very ill that day. So, they asked me to sit aside and they added some girls and put us on motorbikes. They dropped us at a village close to the main road and said we should walk towards the road and we did.”