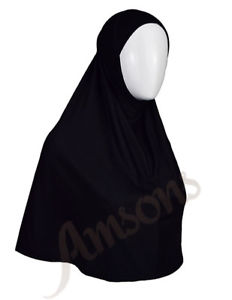 The wearing Christian Association of Nigeria has said female officers can wear hijab if it will protect them from bullets.

The Christian Association of Nigeria has reacted to a bill seeking to allow female officers in the Armed Forces and para-military organisations to wear hijab.

CAN said female officers can wear hijab, if it will shield them from bullets at the battlefield.

CAN General Secretary, Joseph Daramola, stated this in an exclusive interview with The PUNCH on Thursday.

He was reacting to a bill pending before the House of Representatives which seeks to compel military organisations to permit female officers to wear hijab.

The bill, known as the Religious Discrimination (Prohibition, Prevention) Bill, 2020, which has passed second reading at the House, was sponsored by the Deputy Chairman of the House Committee on Finance and Member representing Bida/Gbako/Katcha Federal Constituency, Saidu Abdullahi.

Article 13 of the bill titled, ‘Discrimination in employment in security and other sectors,’ prohibits the military from discriminating against anyone wearing a hijab.

Speaking with The PUNCH, the CAN general secretary said in a country like Afghanistan, military women don hijab, adding that the issue of hijab should not distract the lawmakers from the real issues of governance, security and economic prosperity.

Daramola said, “If they like they can wear skirt or agbada (flowing gown). If you go to Afghanistan, their military women wear hijab. That is not an issue. If hijab will help them deflect bullets at the battlefield, let them wear it, if that is what they want. Let us not worry ourselves about unnecessary matters.”

The Christian body had earlier called on the National Assembly to suspend the bill, describing it as “ill-timed and uncalled for.”

CAN had stated, “To what extent does this controversial bill seek to promote peace, order and good governance? Has dress code become part of the Exclusive Legislative List?

“While the citizens are expecting the National Assembly to make laws that will address the lopsided appointments, insecurity, unemployment and economic predicament, our lawmakers are interested in making laws that seek to promote one religion. This is totally unacceptable in a country with multiple religions.”

Hijab, a veil worn by Muslim women, has become a controversial issue in Nigeria. In Kwara State for instance, an attempt by the government to impose hijab on Christian missionary schools is being resisted by the in-grant Christian colleges.