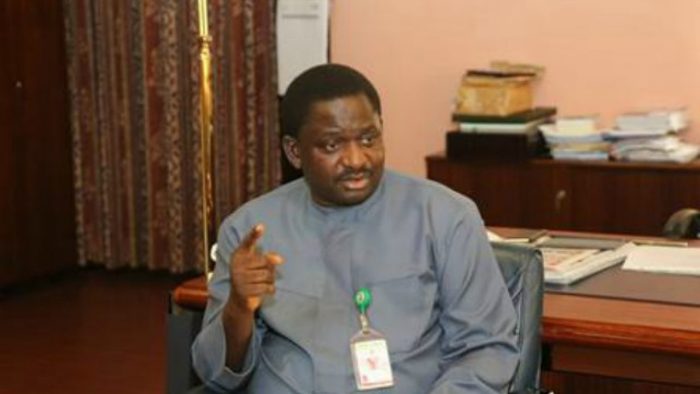 Presidential media aide, Femi Adesina has stated that Nigeria is battling a “deadlier war of tongues” besides the security challenges facing the country.

This statement was made by the presidential media aide, Adesina while responding to harsh critics of the present administration.

Adesina said some persons have dedicated themselves to seeing nothing good about government’s efforts.

Presenting his thoughts in a Facebook post on Thursday, he cited issues bordering on insecurity and the state of the economy, and cautioned critics against taking advantage of the right to freedom of speech.

“War of tongues. Is that a new one? No, it’s as old as man, but it is perhaps the deadliest of all the wars. It is fiercer than insurgency, terrorism, banditry, kidnappings, armed robbery, cult killings, ritual murders, all put together.

“A war of tongues has been unleashed on Nigeria, her leadership, anyone in government, in fact anybody serving the country in one capacity or the other. Want to become an enemy of the public? Then just take a position in government, major or minor. Irrespective of where you were coming from, your stature and station in life, you become an enemy. You may have served creditably in the military, rising to become a General, been a military head of state, headed the Petroleum Trust Fund exceptionally, and now a two-term civilian President, a war of tongues that is so virulent and mind-boggling, is unleashed against you.

“A vicious war of tongues is raging in the country, and from President Muhammadu Buhari, down to the least political appointee in government, no one is spared. And who are the warriors? So-called social activists and commentators. Newspaper columnists. Talk show hosts on TV, radio, influencers on social media, bloggers, anyone who can afford an Internet-enabled smartphone, politicians, and very embarrassingly, clergymen. The ones who should teach us to bridle our tongues. They say things that make the flesh tingle, with a chill running down the spine. No grace, no decorum, using words that are not seasoned with salt. Do they read another Holy Bible? Another Holy Quran? Holy Moses!”

In his comment on those criticising President Muhammadu Buhari’s recent medical trip to the United Kingdom, Adesina said some of such remarks came from “people in the gall of bitterness, overtaken by paroxysms of hatred”.

He, however, called for caution, especially on security matters, adding that however critics choose to make their points, they should remember that there could be consequences.

“No government would love to see its citizens killed. Maimed. Displaced. Unhappy. And if anything, the Buhari administration is doing so much in battling the insecurity in the land,” he said.

“But sadly, it faces another deadlier war-the war of tongues. Why don’t we pause and think that it is the only country we have, and begin to speak better, more positive things?

“I am surprised at some of our clerics, particularly the Christian ones, since it is the religion I am more familiar with. They speak as if they read another Bible. They preach hate from the pulpits, propagate falsehood, generate animosity against government. And when these things are fully grown, the animus boils over, leads to violence and upheavals, lives are lost.

“Don’t these preachers of hate know that they are liable, and won’t be found guiltless? May God save us from war of tongues, even from those who should be showing us examples.”