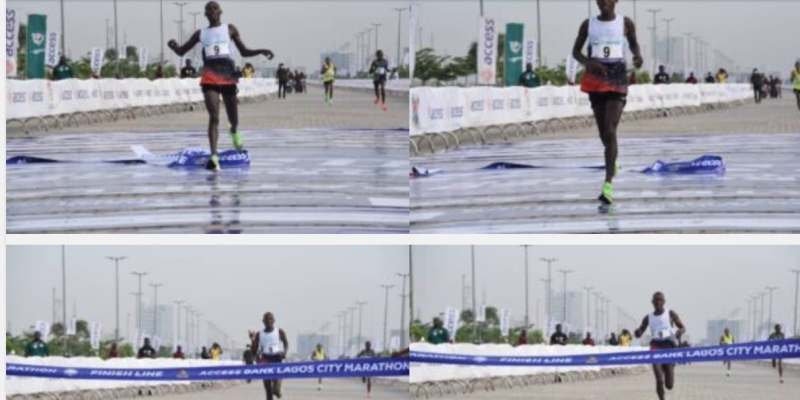 Emmanuel Naibei of Kenya has emerged the winner of the 6th edition of the Access Bank Lagos City Marathon.

But he was unable to beat the record of David Barmasai Tumo of Kenya who won the 5th edition of the Access Bank Lagos City Marathon in 2 hours 10 minutes and 22 seconds.

As the winner, Naibei claims the grand prize of $30,000, to beat Ethiopian duo of Daresa Geleta and Demiso Legese who finished second and third respectively and will go home with $20,000 and $15,000, respectively.

Ethiopia’s Meseret Dinke was the first woman to cross the finish line at a record-breaking 2 hours 32 minutes and 16 seconds.

Dinke was followed in second place by Kenya’s Celestine Chepchirchir and in third place by Desta Muluneh of Ethiopia.

Istifanus Peter Mahan was the first Nigerian to cross the tape, thus claiming the one million naira prize.

The 42km race began at the National Stadium in Surulere and ended at the Eko Atlantic City in Victoria Island.

Since the inception of the annual marathon festival, no Nigerian has emerged winner, now in its sixth edition.