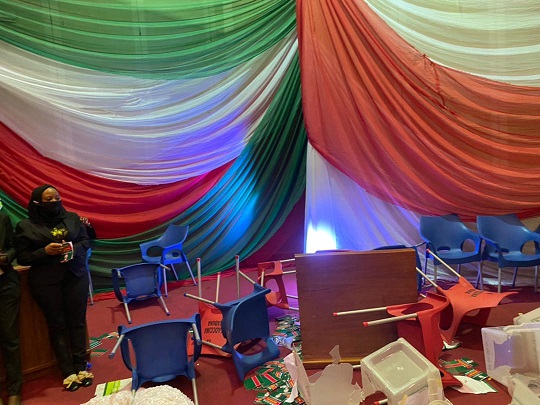 The northwest zonal congress of the Peoples Democratic Party (PDP) was forced to end abruptly on Saturday after thugs invaded the venue and disrupted the event.

It was gathered that ballot boxes were snatched at the event held in Kaduna State while some of the delegates were wounded as supporters clashed.

The venue was thrown into chaos and confusion as supporters of the major contenders for the position of National Vice Chairman for northwest zone clashed.

However, the voting could not be concluded as thugs disrupted the process shortly before voting commenced.