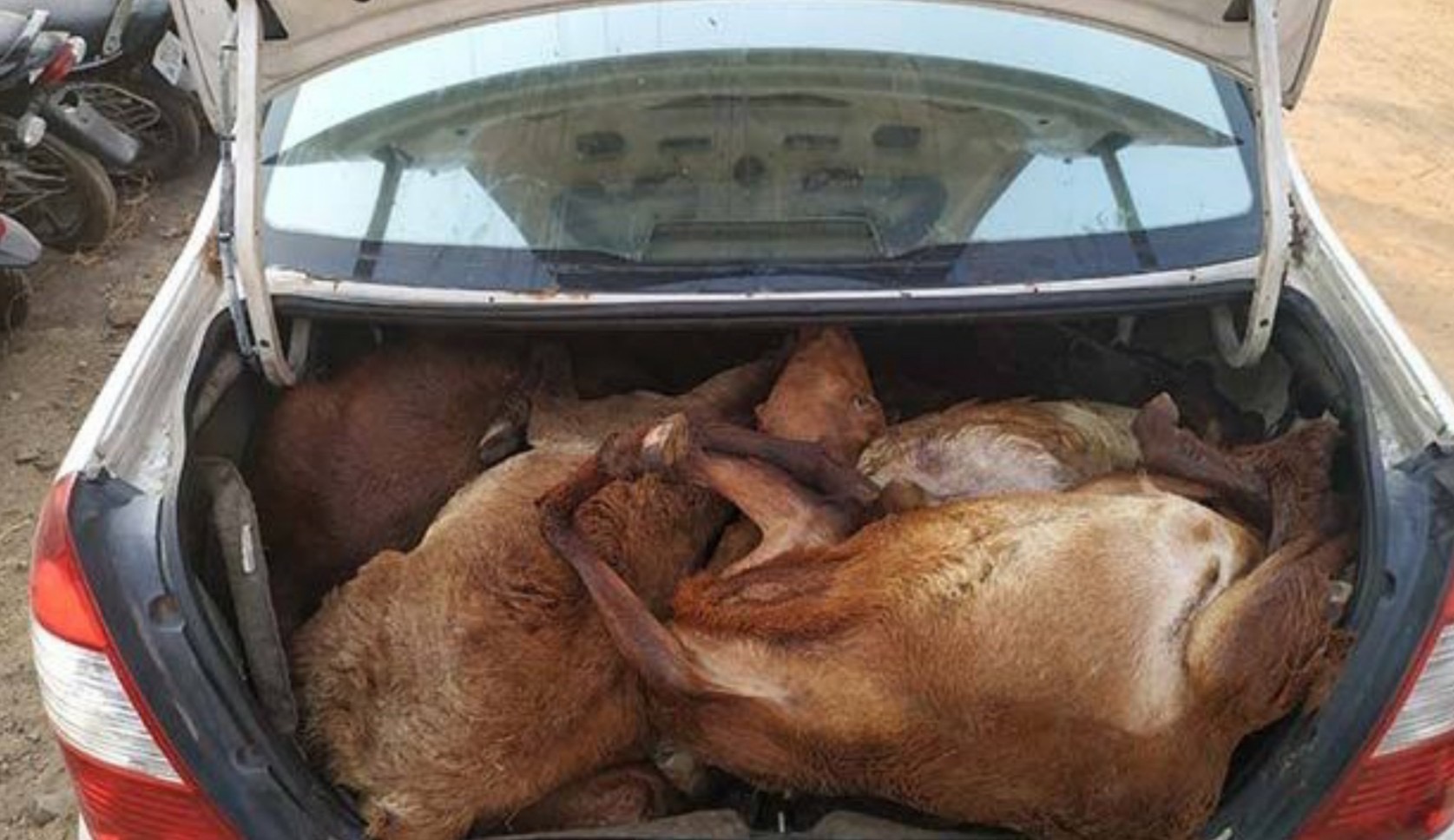 The Police Command in Ekiti has arrested two persons for being in possession of 10 goats suspected to have been stolen in Igbemo-Ekiti, Irepodun/Ifelodun Local Government Area of the state.

Mr Sunday Abutu, the command’s Public Relations Officer, in a statement on Friday in Ado-Ekiti said that it acted on a tip-off to apprehend the suspects.

Abutu said that a group of hunters had sent a distress call to Divisional Police Headquarters, Iworoko, after intercepting the suspects with the stolen goats in Igbemo-Ekiti.

According to him, the command received call from a group of hunters at Igbemo-Ekiti that it intercepted a Salon Primera Car with two occupants carrying 10 goats suspected to have been stolen.

He said that the command upon receiving the distress call led a team of detectives and patrol to the scene where the suspects were arrested and brought to the station with the goats.

“The suspects, during interrogation, confessed to have stolen all the goats from Ise-Ekiti and were bringing them to Ado-Ekiti where they reside before selling them.

“Five out of the 10 goats kept inside the boot of the car died in the process,” Abutu said.

The Police spokesperson commended the hunters for their efforts that led to the prompt arrest of the suspects.

He promised that the suspects would be charged to court as soon as investigation was concluded on the case.

He urged the residents to always and quickly draw the attention of the nearest police station to any suspicious incident or happening observed in their locality or call 08062335577.