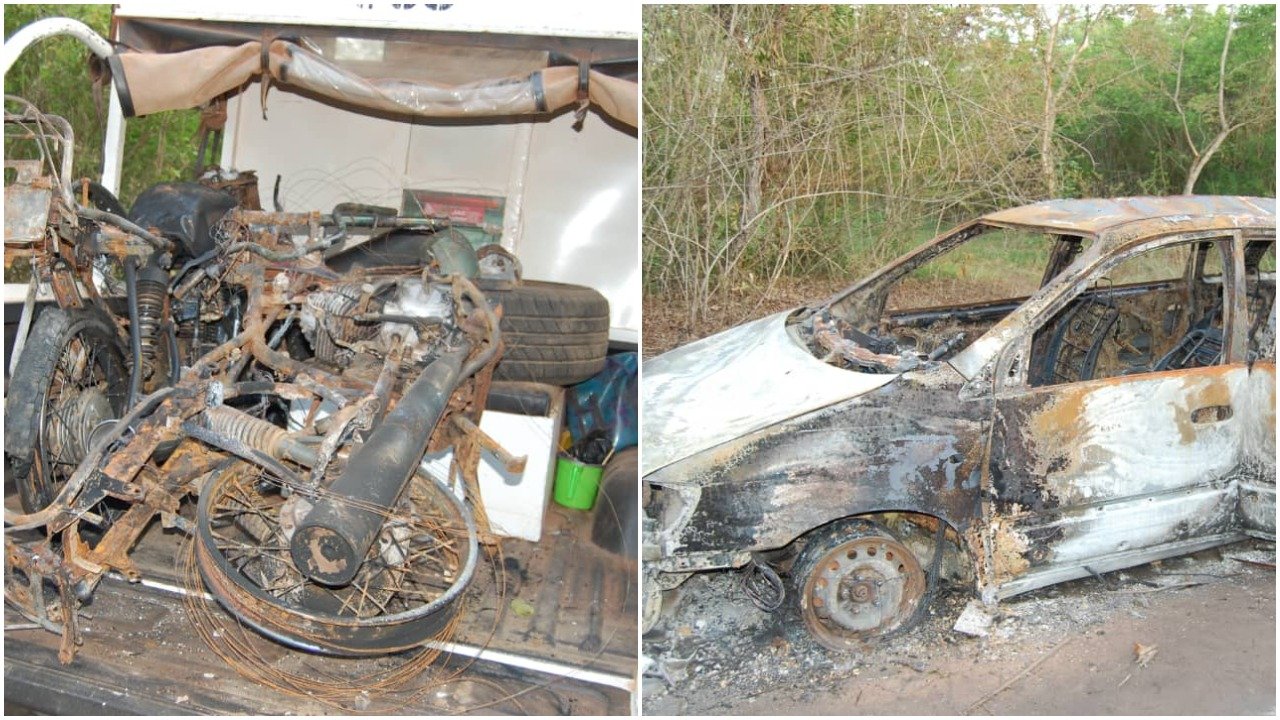 Local hunters searching for the medical doctor and a nurse abducted along Abeokuta-Imeko road in Ogun State have been attacked by gunmen in the bush.

The doctor, Oladunni Odetola, who is the head of General Hospital, Imeko and a nurse, one Mrs Bamgbose, were kidnapped while travelling in a Toyota Camry car marked KTU 584 FR, on Wednesday night.

It was said that the gunmen came out from the bush around Olubo village to attack their targets and took them away, leaving their car at the middle of the road.

Since the abduction, local hunters, it was gathered, have been mobilised to rescue the medical personnel from the gunmen.

26 local vigilantes were deployed for the rescue mission, with 10 motorcycles and two cars, our correspondent reliably gathered.

However, the search party were reportedly ambushed by the gunmen, who were said to have engaged them with AK-47 rifles, injuring two of the hunters.

The kidnappers set the two vehicles on fire as they also burnt nine of the 10 motorbikes at Odetedo-Idi-Iroko, Imeko.

It was gathered that the kidnappers have contacted the family of their abductees, demanding a ransom of N20million.

The Ogun State Police Public Relations Officer, Abimbola Oyeyemi, had earlier confirmed that the police were on the trail of the kidnappers.

Oyeyemi could not be reached for further reactions as at the time this report was filed.