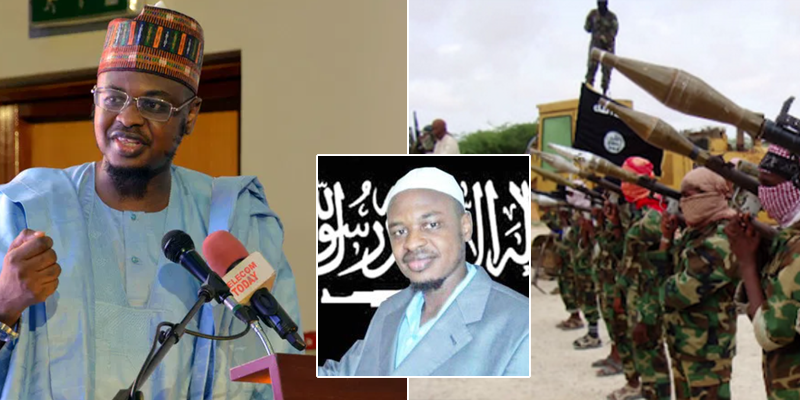 There are allegations that the Minister of Com­munications and Digital Economy, Alhaji Isa Ali Ibrahim Pantami, has fall­en on the watch list of the America’s Intelligence Service, according to DAILY INDEPENDENT.

Ibrahim, also the Dep­uty Secretary General of the Supreme Sharia Council in Nigeria and a former student of Salafist ideologies, was trained in Saudi Arabia and the Mid­dle East with other top Is­lamic jihadists.

Before his appointment as a minister, Ibrahim was a known Islamic preacher and held what was termed ‘dangerous views’ against the American govern­ment with allegiance to Al-Qaeda.

According to a report, the minister is believed to be a very close confidant of the late Mohammed Yusuf, the killed leader of Boko Haram with whom he allegedly shared jihad­ist doctrines.

According to Western Intelligence, the minister had ties with Abu Quata­da al Falasimi and other Al-Qaeda leaders that he revered and spoke glow­ingly of in several of his videos on YouTube.

In one of his narratives, Ibrahim had eulogised Abu Musab Al-Zarqawi as a great leader, who joined Al-Qaeda group after em­igrating to Afghanistan at the end of the September 11, 2001 terror attack on the World Trade Centre in America.

This is what he wrote about Abu Musab: “Un­der the Osama’s leader­ship, he became the unit commander of army of AlQaeda with the support of the Commander of the loyal Maula Umar (Tali­ban leader).

“It was after the Sep­tember 11 attack that he suffered serious leg inju­ry and was taken to Iraq for treatment where he spent a long time recov­ering.”

Ibrahim wrote: “When Iraq was attacked by the enemies of God, this great man joined in the fight leading his group against the US military and its al­lies in Iraq.”

According to Middle Eastern Intelligence, corroborated by its West­ern counterparts, photo­graphs of Sheikh Isa Ali Pantanmi and his jihadist allies are trending.