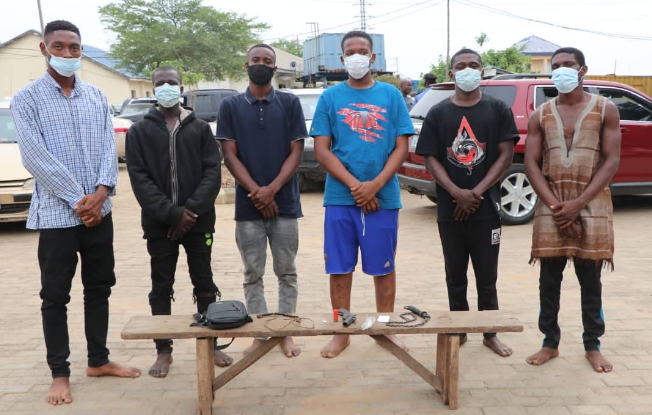 This was contained in a statement made available to newsmen in Abuja on Sunday by the Spokesperson of the Command, ASP Yusuf Mariam.

According to the statement, the suspects were picked up along Gwagwalada, Gwagwa, Lugbe and Kurudma axis of the metropolis by the Operatives from the Command’s Anti-Cultism Unit during the coordinated raids and patrols between Monday 5th-Friday 9th April this year.

She explained that upon intensive interrogation, they confessed to being members of Vikings and Aro Baga confraternities terrorizing these areas.

Exhibits recovered from the suspects, according to the Command’s Spokesperson include : three locally made pistols with two rounds of live ammunitions, four cartridges, two knives chain, one axe, one cutlass, wraps of dried leaves suspected to be Indian hemp and charms.

She assured that all the suspects would be arraigned in court upon conclusion of the on going investigation into the matter.