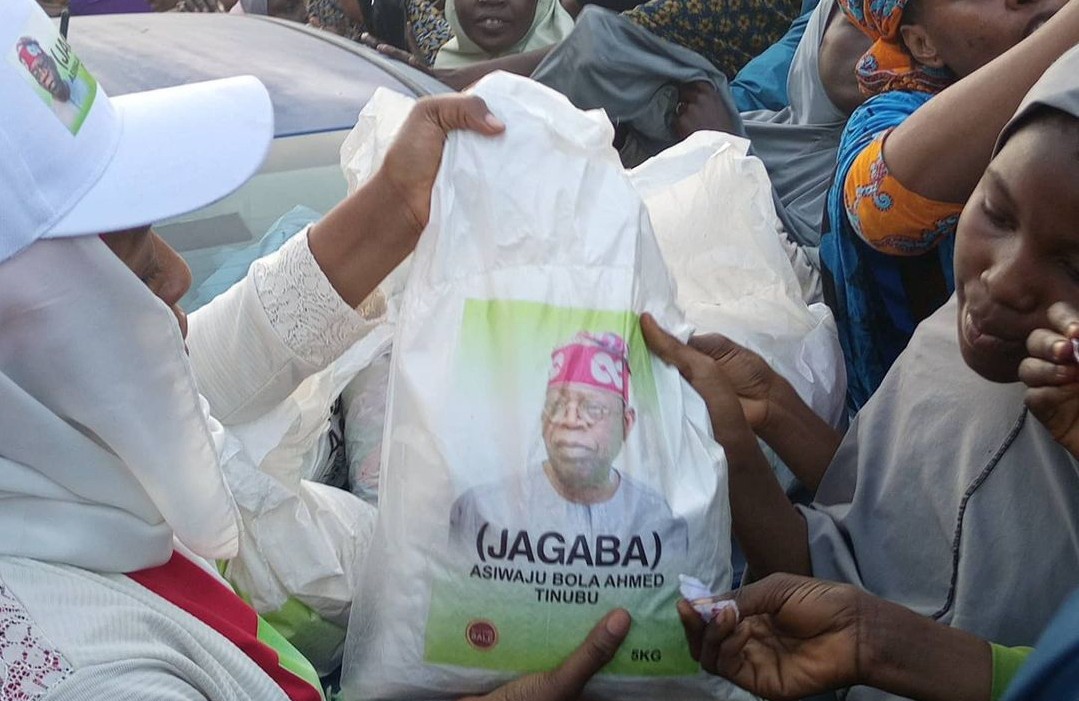 Residents of Kano state have received bags of rice sent to them by APC national leader, Bola Tinubu.

As the 2023 presidential election draws nearer, All Progressives Congress national leader, Bola Tinubu has commenced distribution of bags of rice and other foodstuffs to Kano residents.

Recall that he had donated millions to victims of Katsina market fire incident.

People were handed ‘Jagaban’ bags of rice, as seen in a video that surfaced on social media.

Nigerian politicians are notorious for giving handouts, popularised as ‘stomach infrastructure’ by ex-Governor Ayo Fayose, to would-be voters before and during an election period.

An Instagram username @mansurah_isah of Today’s Life Foundation uploaded pictures of the event with a caption appreciating Mr Tinubu’s foundation for the food items.

The donation followed Mr Tinubu’s donation of foodstuffs and other items to orphanages in Lagos and Ogun.

The donations were part of activities marking the celebration of Mr Tinubu’s 69th birthday.