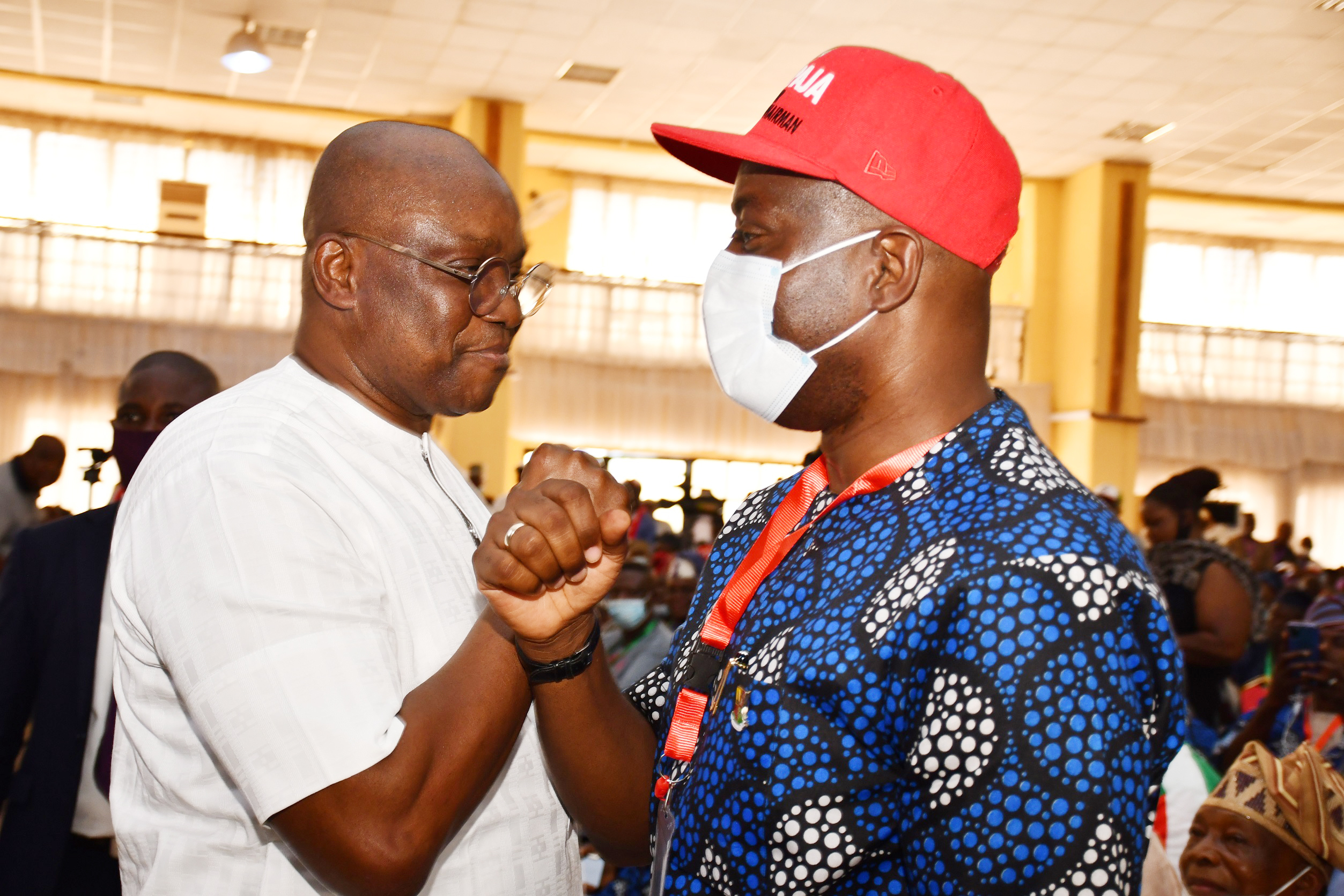 He spoke at the Southwest zonal congress of the PDP in Osogbo capital of Osun State on Monday.

When Fayose entered the venue, he went straight to where Makinde sat and greeted him.

Both of them had a warm hug.

Fayose, speaking while addressing the congress before the commencement of the election at WOCDIF Event Centre, admitted Makinde is the leader and father of the party in Southwest.

He urged supporters to be wary of creating discord among the leaders in PDP.

He apologized to congress if he had offended anybody.

According to him: “Governor Seyi Makinde is our leader. Our supporters and lovers should not continue to put hedge in between us. Either way this election goes, I will accept.

“Even though Arapaja has abused me so much, I will be the first person to visit him in Ibadan. Nobody has offended me and if I have offended anybody, I sincerely apologise. Seyi Makinde remains our father come what may.

Makinde, also addressing the delegates said: “This is a family affair. It is an attempt to reposition our party in the Southwest. It has ramifications for our party nationally.

“Whatever the outcome is, we will take it in the spirit of a family contest. We don’t want to defeat ourselves; we want to defeat the All Progressives Congress (APC).

“At the end of this exercise, there will be no victor, no vanquished. As the only Governor of the party in the zone, whoever emerges, I will work with them to reposition the party. I thank you for the peaceful conduct.”