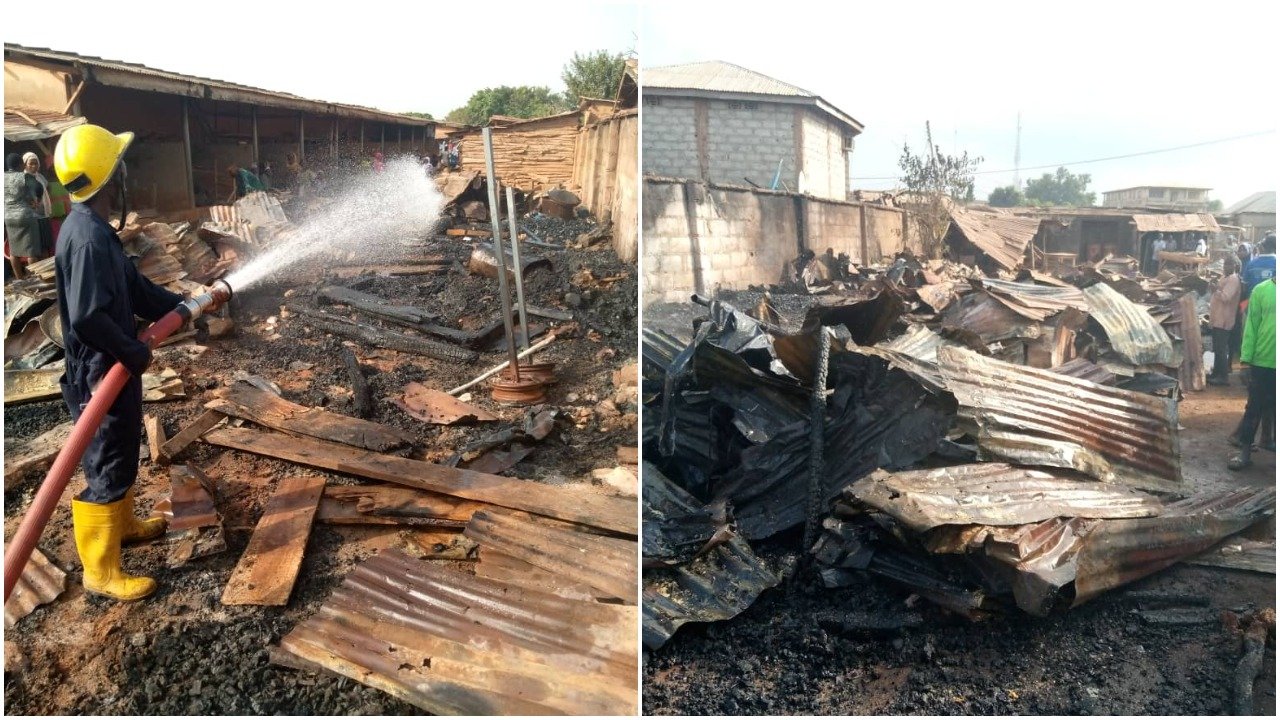 There was pandemonium in Oro town, Irepodun Local Government Area of Kwara State, as a fire incident, on Monday, ravaged no less than 30 shops.

The incident, which occurred in the afternoon at about 15.12 hours, at the Oro Central Market, was reportedly caused by careless refuse burning by unknown persons.

The burning refuse, according to the spokesman of the state fire service, Hassan Hakeem Adekunle, “spread to a shop and later engulfed other shops within the vicinity area.”

“Out of the 354 shops in the market area, 30 shops were burnt by the fire, while the remaining shops were rescued by the fire service team,” the statement added.

The fire service team was alerted to the scene by one ASP Yusuf through a telephone call.

The Director of the state fire service, Prince Falade John Olumuyiwa, charged citizens of the State to be conscious of fire safety culture in order to drastically reduce the incessant fire outbreaks happening in the State.