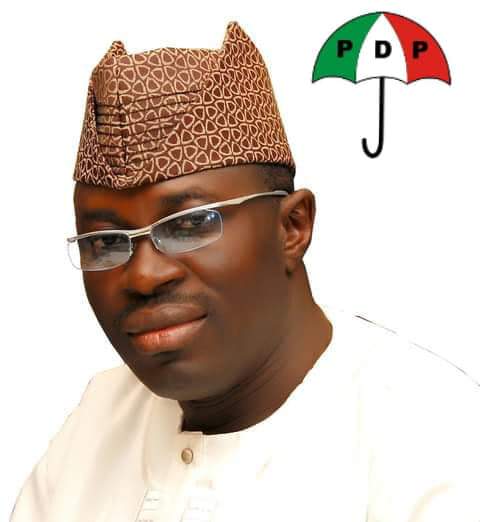 He was declared the winner on Monday evening by the chairman of the Congress and Benue Deputy Governor, Benson Abounu.

Naija News reports that Arapaja defeated Dr Eddy Olafeso in the hotly contested seat which is believed in political quarters to be a battle of supremacy on who controls the PDP party structure in the region.

While Arapaja is believed to have the blessing of Oyo Governor Seyi Makinde, Olafeso is understood to be the candidate of former Ekiti State Governor, Ayo Fayose.

Earlier, Naija News had reported that Fayose has acknowledged Governor Seyi Makinde of Oyo State as the leader of the Peoples Democratic Party (PDP) in the SouthWest.

He made the surprise acknowledgment at the zonal congress taking place in Osogbo, capital of Osun on Monday.

The South West PDP has been embroiled in crisis, leading to the delay in holding the zonal congress to elect zonal leaders of the party.

However, the congress was finally scheduled to hold on Monday, April 12, 2021, in Osogbo, after the date, and the venue was shifted.

When he addressed the delegates, Fayose said no matter the situation, Makinde is “our leader”, promising to accept the outcome in good faith.

“Under this gathering, you are our father,” Fayose told Makinde.

This elicited loud applause among the delegates and party supporters in the hall.