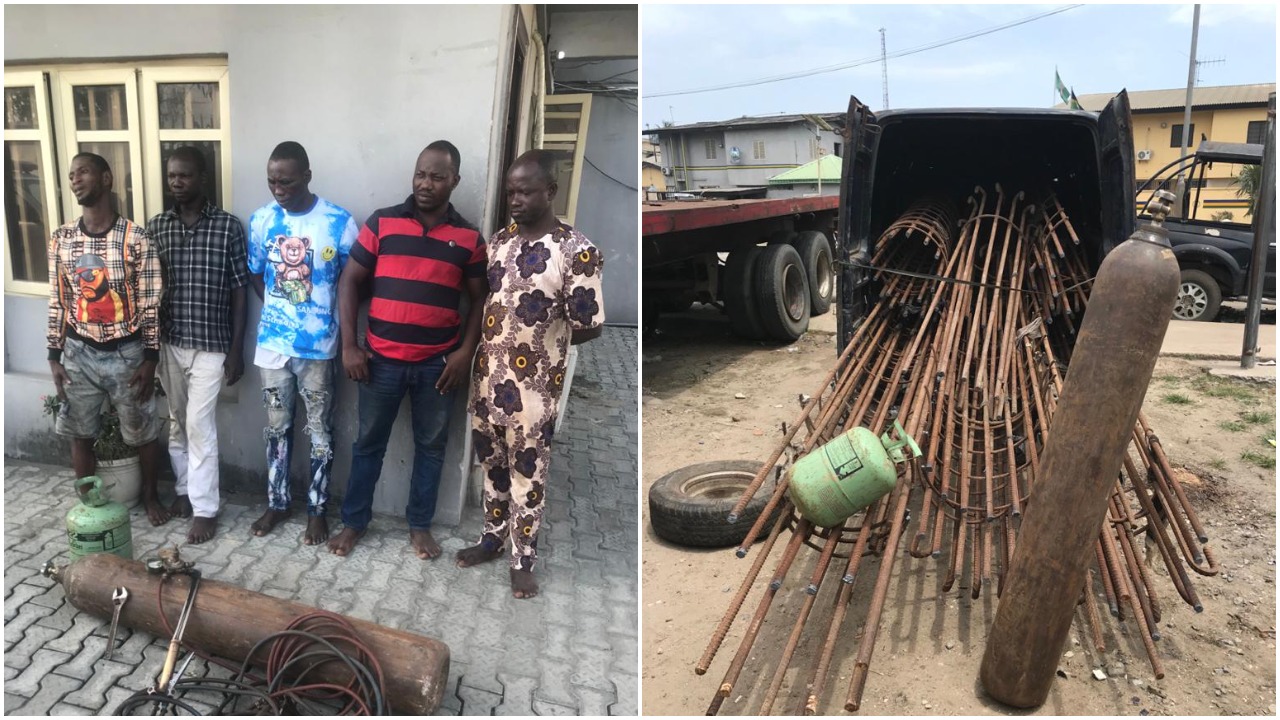 The suspects: Lawal Saheed, 40, Taofeek Adenigba, 43, Ope Olowolayemo, 28, Azeez Jamie, 41 and Omotayo Adewale, 34 were arrested on Sunday around 3 am in between Volks Bus Stop and Iyana Iba, Lagos State.

The suspects in a Ford Bus with Reg. Number FST 679 XZ, was apprehended with some 25mm iron rods, property of China Construction Engineering Company (CCEC).

In a statement signed by the Command’s spokesperson, CSP Olumuyiwa Adejobi, he said that the Commissioner of Police, Lagos State, CP Hakeem Odumosu, has opened an investigation into the matter and the suspects would be charged to court as soon as possible.

The suspects, a teenager, Olatilewa Ayomide, and a 24-year-old man, Awosika Kehinde were apprehended with one dummy beretta pistol and some assorted charms.

According to Adejobi, after preliminary investigation, it was revealed that the suspects were using the dummy gun to scare their victims anytime they were on robbery operation, particularly in the traffic.

“The Commissioner of Police has also directed that the suspects be transferred to the Command Special Squad for a thorough investigation,” he said.