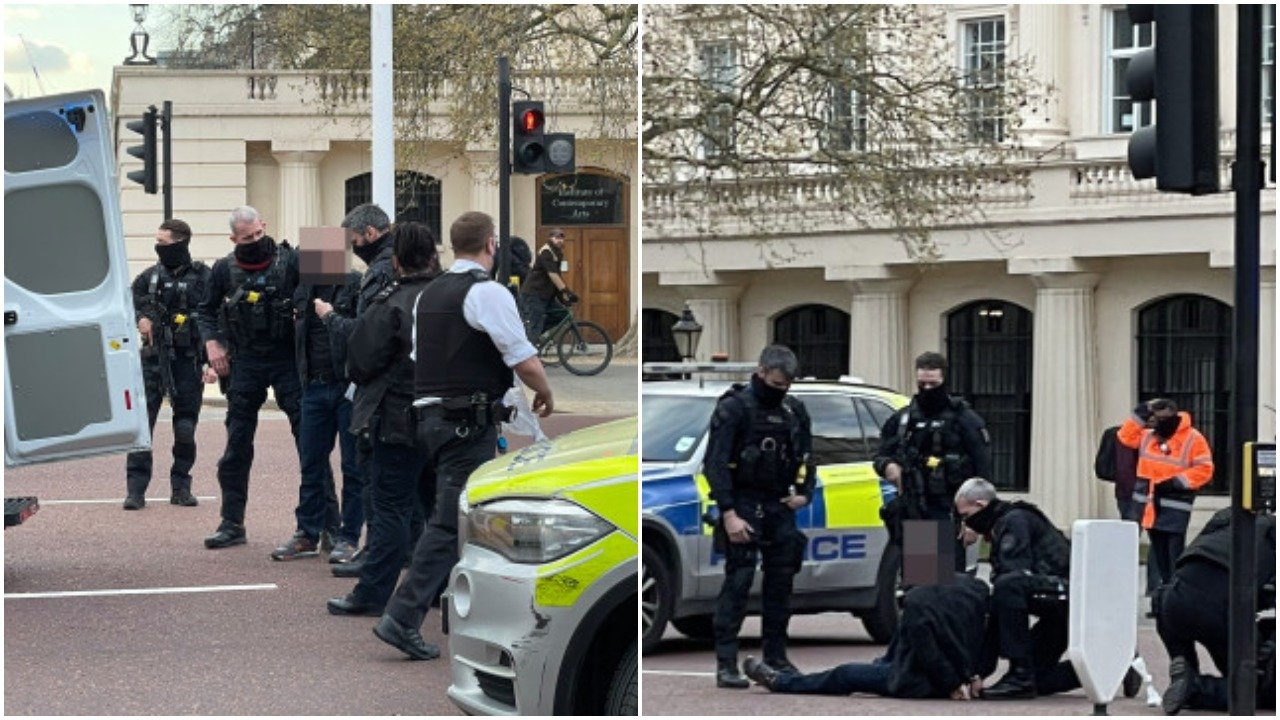 Police have arrested a 40-year-old man for allegedly wielding an axe while walking along Buckingham Palace, United Kingdom.

According to Metro UK, an eyewitness saw the man carrying the weapon on The Mall, in London and he was arrested at around 6.30 pm.

He was apprehended by six armed policemen while walking down the Mall in the direction of Buckingham Palace.

He was arrested on suspicion of being in possession of an offensive weapon, according to a spokesperson for the Met Police.

The Spokesperson said the suspect has since been taken to Charing Cross Police Station for questioning, adding that “There are no reports of any injuries.”

The Police said investigations are ongoing while “appealing for any witnesses to come forward.”

Following the death of His Royal Highness, Prince Philip, the Duke of Edinburgh, Buckingham Palace attracted large crowds over the weekend.