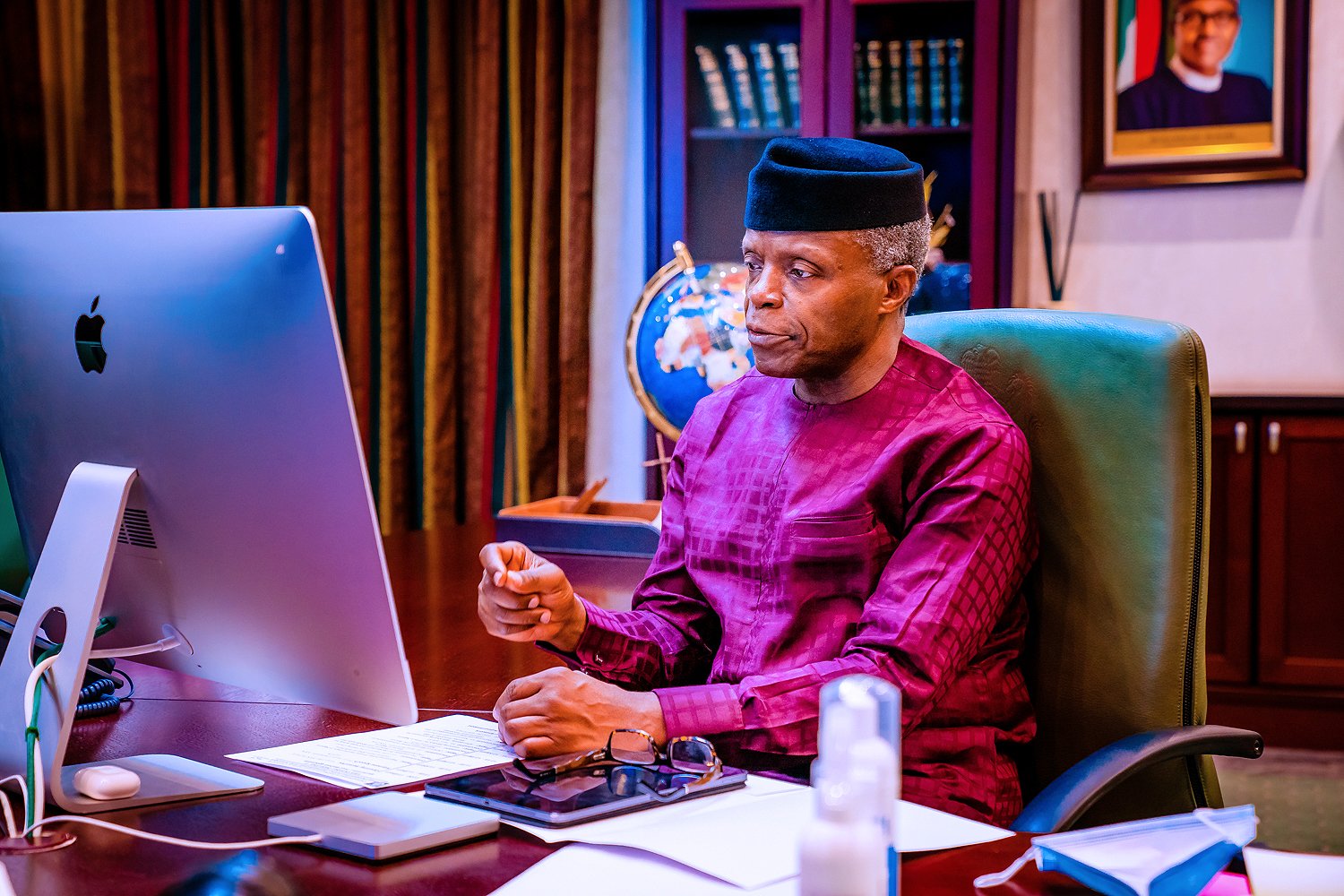 Vice-President Yemi Osinbajo on Wednesday made a case for a world with fairness.

According to a statement by his spokesman, Laolu Akande, the Vice President spoke a virtual forum organised by an American Christian university, Liberty University, with the theme, ‘Equity for Africa: Transforming the world through Judeo-Christian values,’ and hosted by the university’s School of Business.

The statement quoted Osinbajo as saying, “The principle of fairness obliges us, as people of faith, to strive to build a fairer world, a world which takes account of the interests of the poor and marginalised.

“For example, if you look at what is happening with COVID-19 and access to vaccines, what we are seeing is export bans and a resort to vaccine nationalism.”

He added that Christian leaders must lead the world towards ensuring that all countries and their peoples could access vaccines irrespective of the resources available to them.

The same considerations, he said, applied to helping African countries cope with the economic crisis caused by COVID-19.

The Vice President said investing in Nigeria offered a pathway to partaking in the African Continental Free Trade Area which would create a market in goods and services for up to 1.3 billion people.