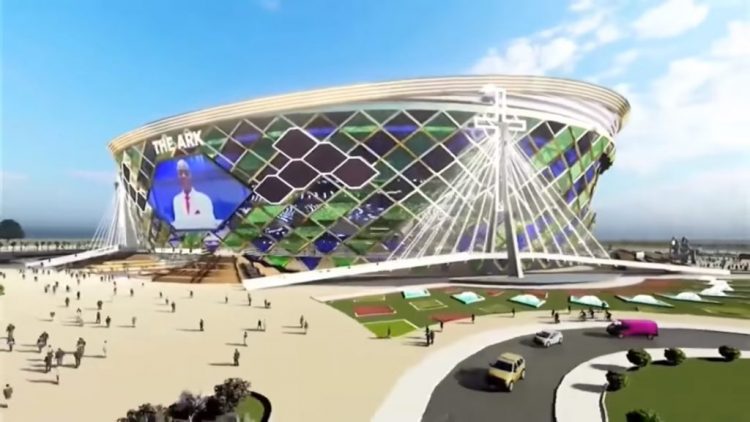 Living Faith Church founded by Bishop David Oyedepo is to spend a whopping over N160 billion to build its 100,000-seater auditorium, known as ‘The Ark.’

The ground breaking ceremony for The Ark was carried out by Bishop Oyedepo in March 2021.

Top source in Living Faith confided  that over N160 billion has been earmarked for the gigantic project.

It was learnt that N45 billion has already been released for the project, which has already kicked off and to be completed in three years.

First announced in late 2015 as the “Faith Theatre”, the 100,000 seat stadium-like project has now been officially renamed as “The Ark”, unveiled at the church earlier last Month.

Sited on about a 1,000 hectares of land (the site of the old Faith Academy compound), within the vast premises of the current church building, the Ark will specifically accommodate 106,000 seats and will include a 24 Floor Mission Tower (International Headquarters Facility) made up of two twin towers of 12 floors each.

Upon completion, the existing 50,000 seater Faith Tabernacle will serve as an overflow facility.

The massive project is being handled by Laralek Ultimate Limited, whose Managing Director is Adebiyi Olalekan.

Oyedepo had recently said members of the church would not be tasked to contribute for the project.