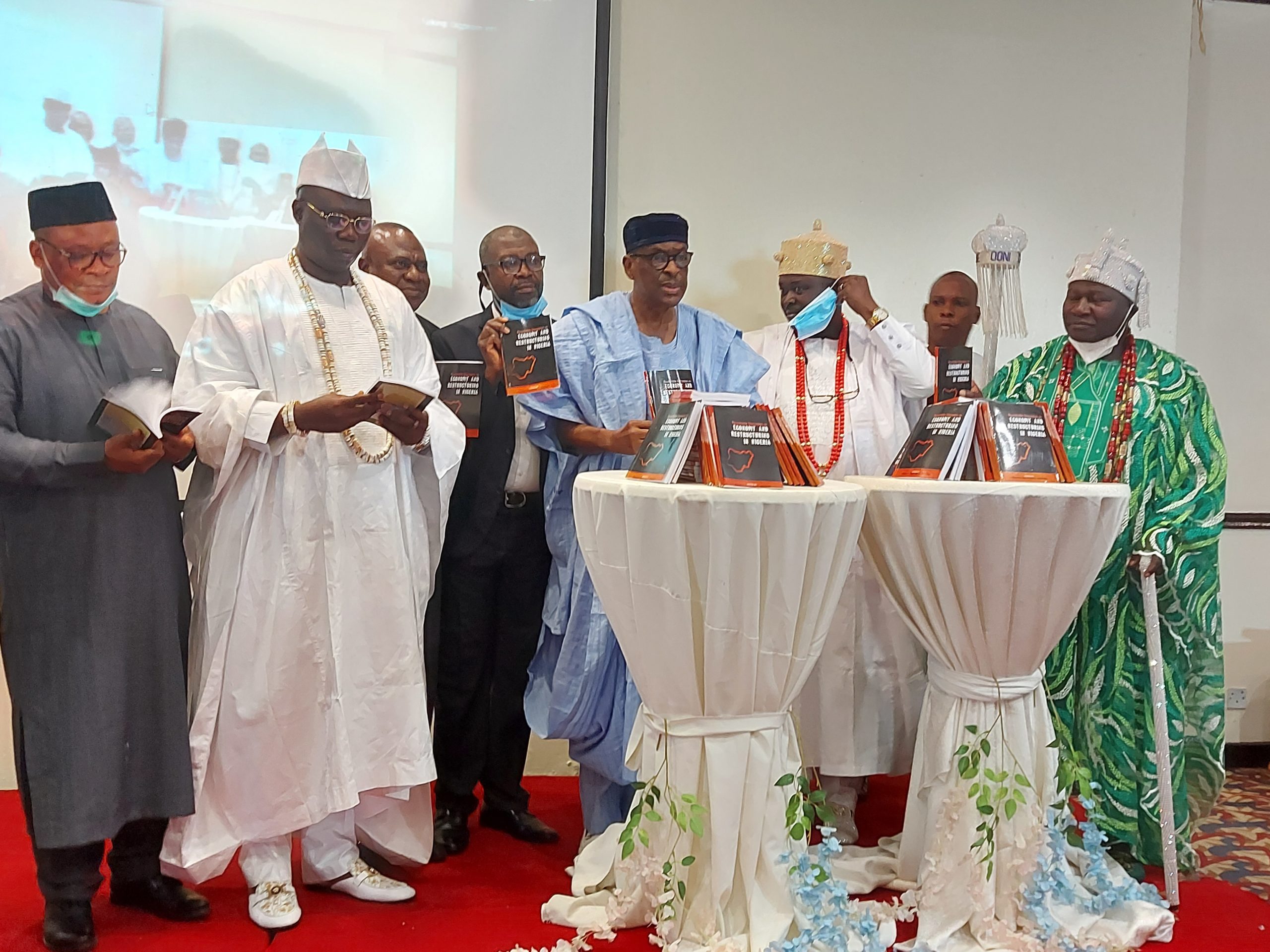 The Aare Ona Kakanfo of Yorubaland, Aare Gani Adams, has said majority of Yoruba people are ready for self-determination.

Speaking in Ikeja, Lagos, on Wednesday at the public presentation of a book, ‘Roundtable Discussion on Economy and Restructuring in Nigeria,’ by the National Pilot Book, Adams noted that a “power bloc” was not ready for restructuring.”

The book was edited by Prof. Hassan Saliu and Mr Billy Adedamola.

Adams said, “I support the popular view that we have graduated from restructuring to self-determination but the main powerful block is not ready. This is what Yoruba leaders are clamouring for. If Nigeria is not restructured in the next three years, the future is bleak. We have different types of restructuring; so they should know the kind of restructuring that they want. If Nigeria will be restructured, we have to borrow points from 1960 and 1963 which give room for regionalism. Through the Abacha (late Sani Abacha) regime, it also allowed that the six zones can develop at their own paces. My own is self-determination, you prepare for negotiation.”

Also speaking at the event, the Ooni of Ife, Oba Adeyeye Ogunwusi, who was represented by the Alara Oodaye of Ife, Oba Segun Layade, said most of the resources in the south were enjoyed mostly in the north.

In the same vein, a Peoples Democratic Party chieftain, Chief Bode George, who was represented by Dr Charles Akitoye said Nigeria’s structure was defective, adding that the country’s economy was tribalistic and north-centred.

READ  Aisha Yusufu speaks on Igbo being portrayed as ritualists