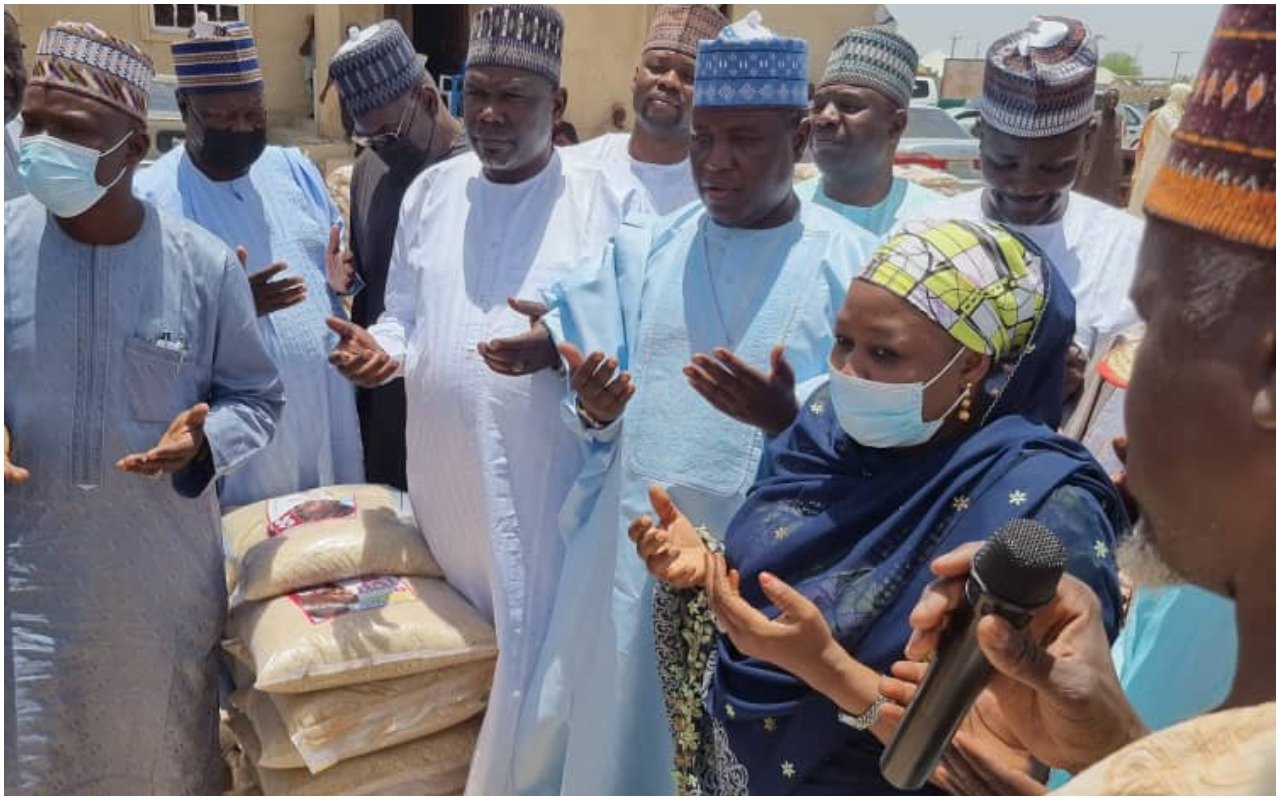 The bags carry stickers and pictures of the National Leader of the ruling All Progressives Congress, Asiwaju Bola Tinubu.

Daily Post reports that the Borno State House of Assembly led by the Speaker, Rt Hon Abdulkarim Lawan and thousands of Internally Displaced Persons (IDPs) taking refuge at various camps on Thursday commended the Speaker of the Lagos State House of Assembly, Rt Hon Mudasiru Osaba for donating and transporting 10,000 bags 15kg rice to be distributed to all IDPs across the state.

The bags, however, carry stickers and pictures of the National Leader of the ruling All Progressives Congress, Asiwaju Bola Tinubu.

Flagging off the distribution with officials of the State Emergency Management Agency (SEMA), the Speaker, Hon Lawan said, this intervention is first of its kind since Boko Haram crisis, calling on other individuals to emulate the lawmaker.

He said the donation came at the right time, considering the economic hardship faced by traumatized IDPs in the State.

Lawan said, governor Babagana Umara Zulum, National Emergency Management Agency (NEMA) and other humanitarian agencies have been doing a lot in managing the plights of IDPs in the state, but unfortunately, due to devastating effects of the Boko Haram crisis, there is much concern on meeting the economic demands of the displaced families and those living in host communities, hence, the donation from the Lagos Speaker was a welcome development and timely at this critical period.