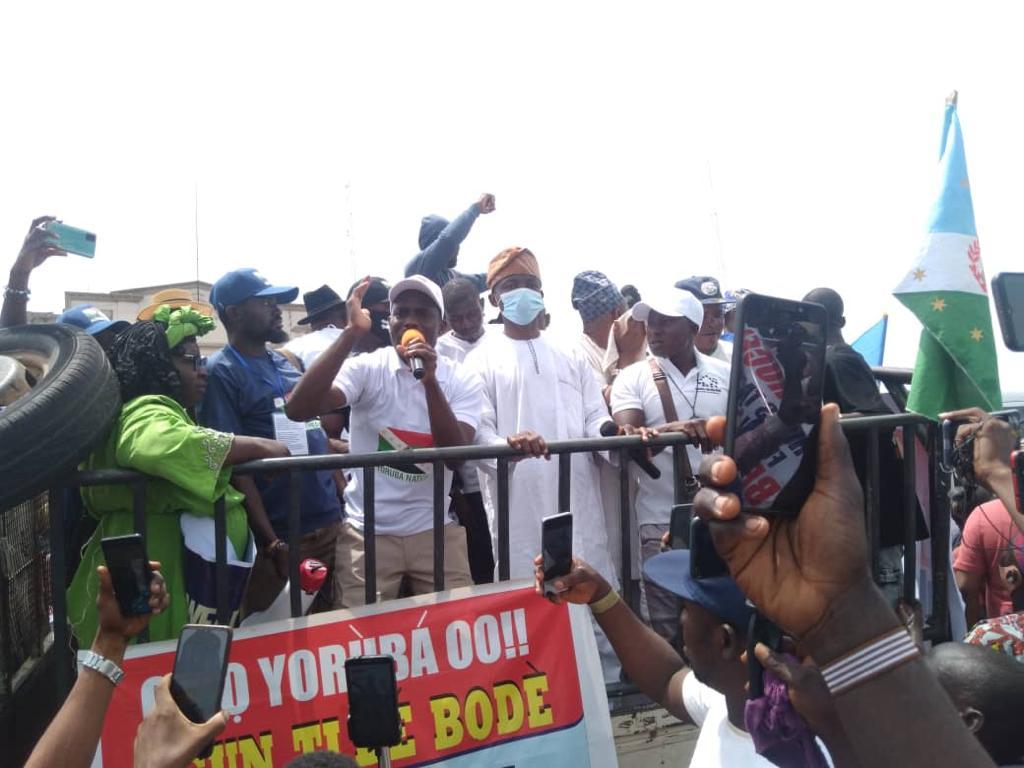 The Yoruba self-determination rally organised by the Ilana Omo Oodua is underway in Ibadan, the Oyo State capital.

Hundreds of members of the group whose leader is an 86-year-old Emeritus Professor of History, Banji Akintoye, had initially scheduled the take-off of the rally for the ancient Mapo Hall but the heavy presence of armed policemen forced them to change the venue.

They are addressing people at Mapo Roundabout but they were not disturbed by the police in any way.

The agitators are armed with banners and Yoruba nation flags while leaders of the group addressing the people are saying Yoruba people are tired of staying with Nigeria.

One of the leaders of the group, Basorun Kunle Adesokan, said Yoruba were no longer part of Nigeria and the people want to be an independent nation.

He condemned the insecurity in Yorubaland, saying the people could no longer stand the injustice in Nigeria.

Adesojan said, “We are no longer part of Nigeria. Yoruba people are determined to stand alone. We are starting the rally here in Ibadan because this is the capital of the Yoruba nation.

” Our brothers in Kwara, Lagos, Kogi, Edo, Delta and other states are here. We are not going to use violence, we want the Yoruba nation. No retreat no surrender. Let Hausa go their way, let Fulani go their own way and Igbo people should also go.

“The rally has taken off, we won’t stop until we achieve our aim.”

One of the leaders of Itsekiri youths present at the rally, Isaac Ajatitan, said Itsekiri people were part of Yoruba and would support them to achieve this aim.