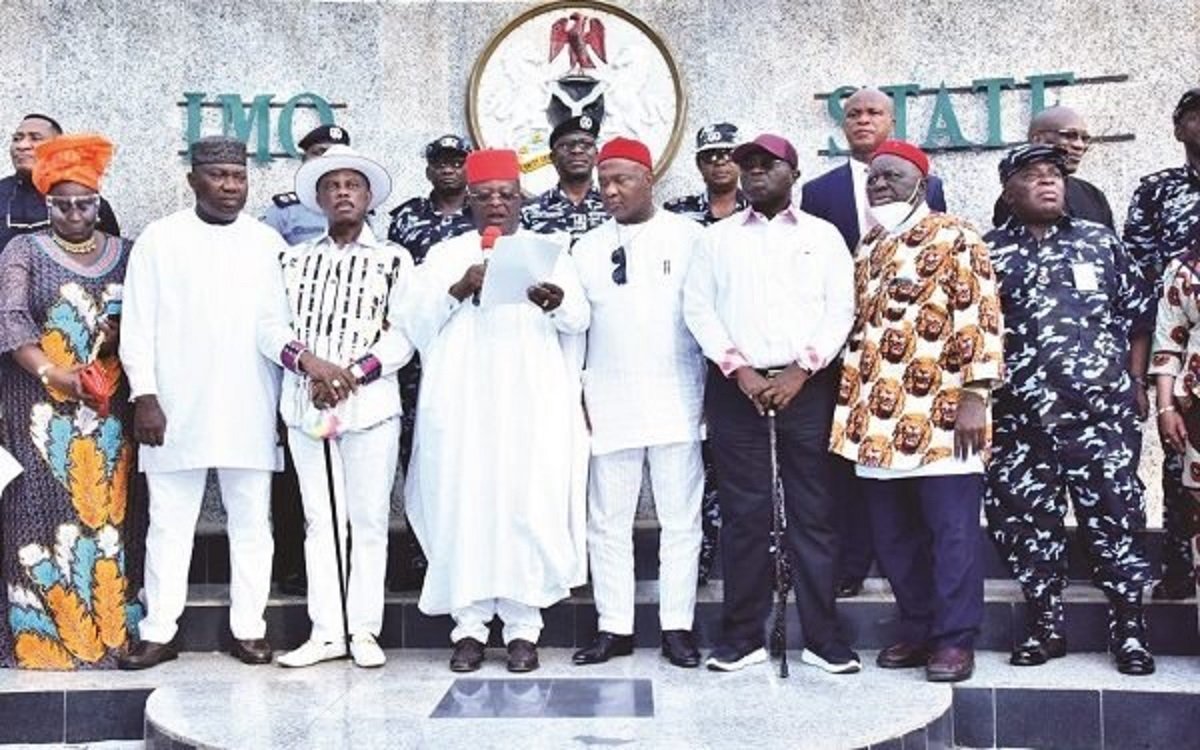 The World Igbo Congress (WIC) has rejected the South-East security outfit codenamed Ebubeagu which was recently set up by governors of the region.

The Chairman, Board of Directors, Prof. Anthony Ejiofor, and the executive members of WIC disclosed the rejection of the security outfit.

According to Guardian, WIC spokesperson, Basil Onwukwe, advised governors of the region to back the Indigenous People of Biafra (IPOB)‘s Eastern Security Network (ESN) to make it a strong security outfit for the Igbo ethnic group.

The congress warned the governors not to allow themselves to be used by Fulani ethnic group who have vowed to conquer Nigeria.

“How do you expect the same people whose kith and kin hold the Sword of Damocles over our heads to be our defenders? That is antithetical. Governors beware of the Trojan horse,” Onwukwe said.

“Considering the foregoing, WIC rejects the Ebubeagu security outfit, following the circumstances surrounding the announcement after the bulge claim that ESN is involved in the prison break in Owerri, without evidence.”

“WIC will not hold apologies in protecting our homeland when the national security operatives have failed to prosecute a captured Fulani bandit. More so, it is an abdication of our inalienable rights to self-preservation.

“The southeast governors need to revitalise their justice departments and begin to prosecute violators of the open grazing law, by enforcing the laws in their book. It will help in checking the marauding Fulani herdsmen,” he added.

The WIC also called on South-East leaders to drag President Muhammadu Buhari to court for sidelining the Igbo ethnic group from top positions in government.

“This is a brazen and flagrant violation of the Federal Character clause of the 1999 Constitution.

“The objective is to redress the imbalance, so that, in the future, security meetings such as the one held in Owerri (penultimate) Sunday will not look like a master-servant instructional session,” the WIC said.