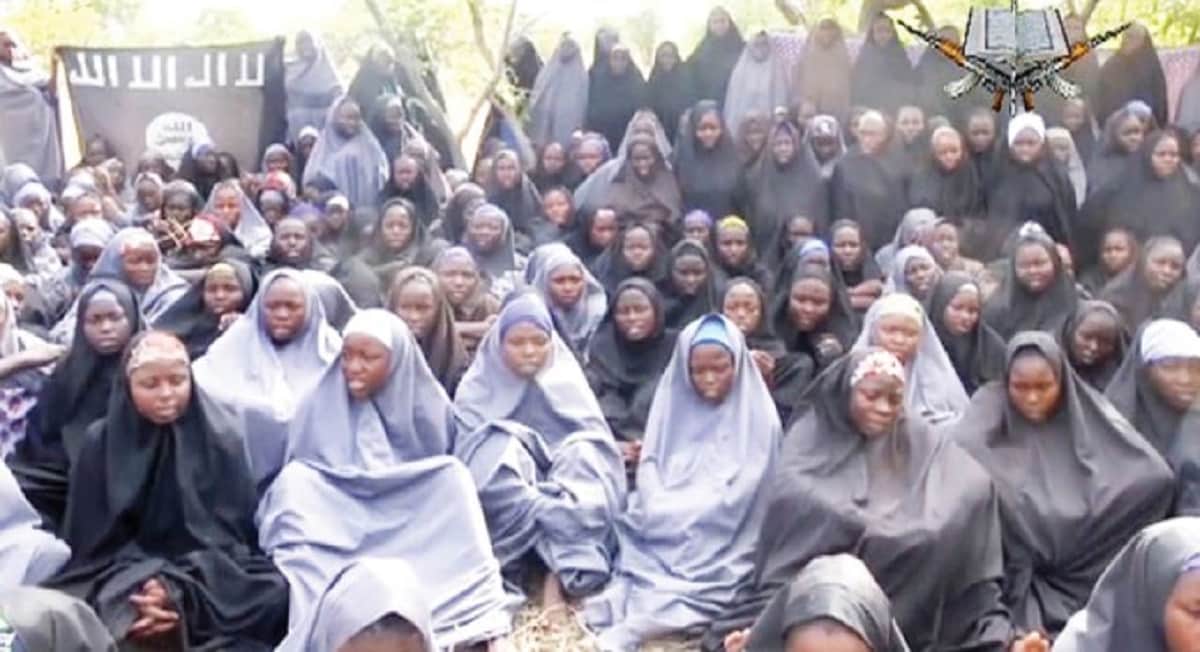 A student of College of Business and Management Studies in Konduga, Juliana Christopher, who was abducted by Boko Haram, has disclosed that she met many Chibok girls when she was in the terrorist’s den.

Christopher during an interview with Punch noted that many of the girls were either pregnant or nursing children belonging to the terrorists.

She further disclosed that she was in the insurgent’s detention for three weeks after she was abducted by terrorists who were dressed in military uniforms from her school in Borno State.

The escapee added that the insurgents took her and others into the forest where she saw the Chibok girls who were pregnant and nursing babies of the Boko Haram insurgents.

She said, “On reaching their camp, we met many young girls there and the whole place was in disarray. It was in 2014 and I was in the Boko Haram camp for three weeks. We met Chibok girls in the camp. While in the camp, I saw so many small girls, who were kidnapped. Some were being molested.”

“Some were carrying children, while others were pregnant for the Boko Haram insurgents. It was a disgusting thing. Fortunately for me and some other girls, we escaped from the forest and found our way back to Chibok.”

She noted that her father fell sick after she was abducted and efforts to rescue him proved abortive.

She said, “On getting to Chibok, I found the whole community in a state of confusion; so, I asked after my parents and was told that my father took ill when he heard about my abduction and my mother took him to the hospital in Maiduguri. I set out to go and look for them in Maiduguri, but I could not go far because the road was blocked and no movement was allowed, except for military vehicles; in that process, my father died.”

“When I heard about my father’s condition, I became worried and tried to locate my parents in the hospital, not knowing that he was already dead. When I eventually got to the hospital in Maiduguri, my mother had conveyed my father’s corpse to Chibok for burial, so my mother said I should stay back to avoid another kidnap.”

“That was how I got to this camp. I couldn’t continue with my education, because my mother alone could not take care of my schooling and that of my other siblings.”