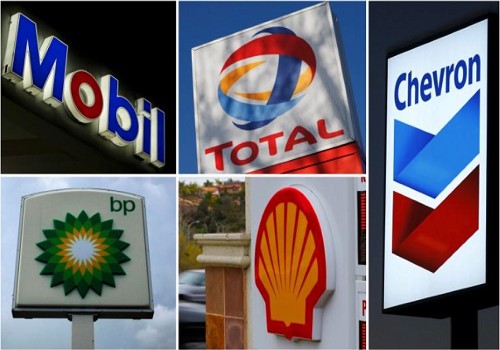 Fresh insights as to why the oil majors are gradually scaling down their operations and planning their exit from the country has been unraveled.

Investigation by The Nation revealed that among the oil majors, including Royal Dutch Shell, ExxonMobil, Total and Eni, are cutting billions in spending after taking hits to their profits, thus shifting money to renewable fuels and focusing only on the most cost-effective markets.

Checks by The Nation further revealed that the country was able to attract only $3 billion, or 4%, out of the $70 billion committed on new projects in Africa between 2015 and 2019, a development experts say, does not bode well for economy which relies on oil receipts to survive.

Nigeria’s loss has been the gains of other African countries such as Angola, Sao Tome and Principe, where some of the IOCs have made major investments in recent years.

In Sao Tome & Principe for instance, is now being heavily courted by oil companies from far and near. Notably, a consortium of US firms, including Chevron Texaco and ExxonMobil where among the first to secure oil license along with a Norwegian company, EER, which netted over $70million with many other prospects.

Confirming this development, Delta State Commissioner for Environment, Hon. Onogba Christian, while fielding question from our correspondent on the sidelines of the “Stakeholders Forum on The Environment” facilitated by the Institute of Directors Nigeria (IoD) Port Harcourt chapter, said oil majors like Shell, Chevron and others may have been compelled by the present socioeconomic realities that has made the current operating environment bad for their business to plan their exit from the country.

Specifically, he said: “The first ominous signs that presented itself was the deliberate efforts by the international oil companies (IOCs) to relocate their headquarters outside the Niger Delta region. When that happened few years back, it was a bad signal.

“Of course, you cannot lay all the blame on the IOCs entirely because no businessman wants to invest in an area where insecurity is a big issue. The problem really has to do with the issue third party interference, poor legislation among other factors which are genuine reasons to affect investment decisions, he stressed.

To address this issue, the government, he maintained, must ensure that there is an enabling environment for business to thrive. “I’m convinced that once there is a level of assurance that their investments can be guaranteed many of these oil managers that have exited the country will come back,” Christain assured.

Echoing similar sentiments, Chief Prof. Jasper Jumbo, Chairman/CEO, Niger Delta Projects Consortium Limited, said, “Nobody wants to do business in an environment of chaos. Once peaceful co-existence is a challenge no business can survive under such a circumstance.”

In a joint presentation, the OPTS urged lawmakers to remove a proposed hydrocarbon tax as producers will still be subject to companies income tax.

“Our review of the Petroleum Industry Bill shows that deepwater provisions do not provide a favorable environment for future investments and for the launching of new projects,” Mike Sangster, managing director of Total SE’s Nigeria unit, told lawmakers at a hearing in Abuja, the capital recently.

The bill — legislation that’s two decades in the making — will streamline how Nigeria’s energy assets are operated and funded. First presented in parliament in 2008, progress in passing the bill was held up by political wrangling and objections from international oil companies that say the government is demanding an excessive increase in revenues.

The persistent failure to pass the bill “has been a major drag” on the oil and gas sector, Ahmad Lawan, president of Nigeria’s Senate, said last January as he opened two days of public hearings on the proposed legislation. The delays have harmed the country’s ability to “attract both local and foreign capital” at a time of greater competition with other resource-rich nations, he said.