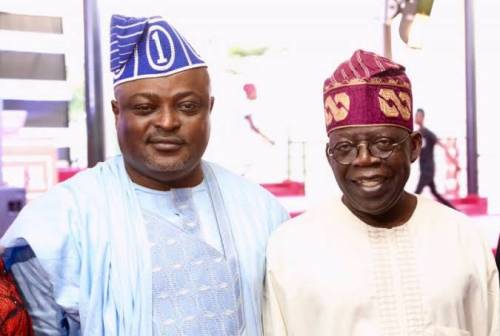 The Lagos State House of Assembly on Monday described the national leader of the All Progressives Congress (APC), Asiwaju Bola Ahmed Tinubu, as a man who Nigeria as a country currently needs.

Members of the House said this at plenary as they took time to praise the former governor of Lagos.

Recall that Tinubu, who recently celebrated his 69th birthday, is rumoured to be eyeing the 2023 presidency after President Muhammadu Buhari.

Speaking at the plenary, the speaker of the House, Rt. Hon. Mudashiru Obasa, said it had always been customary of the House to celebrate the Jagaban of Borgu on his birthday.

According to the Lagos Speaker, this year’s celebration happened at a time the House of Assembly was on recess.

Obasa, who said Tinubu had earlier been honoured by attendees at a colloquium organised in his honour, added that the comments by the lawmakers during the plenary showed how the APC national leader had impacted the lives of individuals.

He agreed with the members of the House that Tinubu remains one man that can effectively steer the Nigerian ship to make the country attain greater success in the coming years.

“We all congratulate him and wish him all the good things of life. We believe strongly in him and we have the conviction that he is a worthy man that can steer the ship of this nation. It is not about religion or ethnicity, but it is about wisdom, knowledge, experience and the capacity to lead,” Obasa said.

Earlier, Rotimi Olowo (Shomolu 1), described Tinubu as a man who understands the country and has the needed experience.

Olowo said Tinubu is a man that no one can love to hate because of his role in the advancement of the country.

A lawmaker representing Epe 1, Tobun Abiodun also described Asiwaju Tinubu as a father figure to most of them, adding the he would continue to be celebrated for a long time to come.

“He is adjudged one of the most active politicians. As a father to us, we appreciate him. He recognises those who are loyal and brilliant. He is the only man that can lead this country to meet its goals,” he said.

Supporting his colleagues, Rasheed Makinde called Asiwaju Tinubu a man of the moment who believes in hunting talents and keeping them to prosper.

He said even though Tinubu has not held office for a long time, he still remains relevant because of his large heart and spirit of forgiveness.