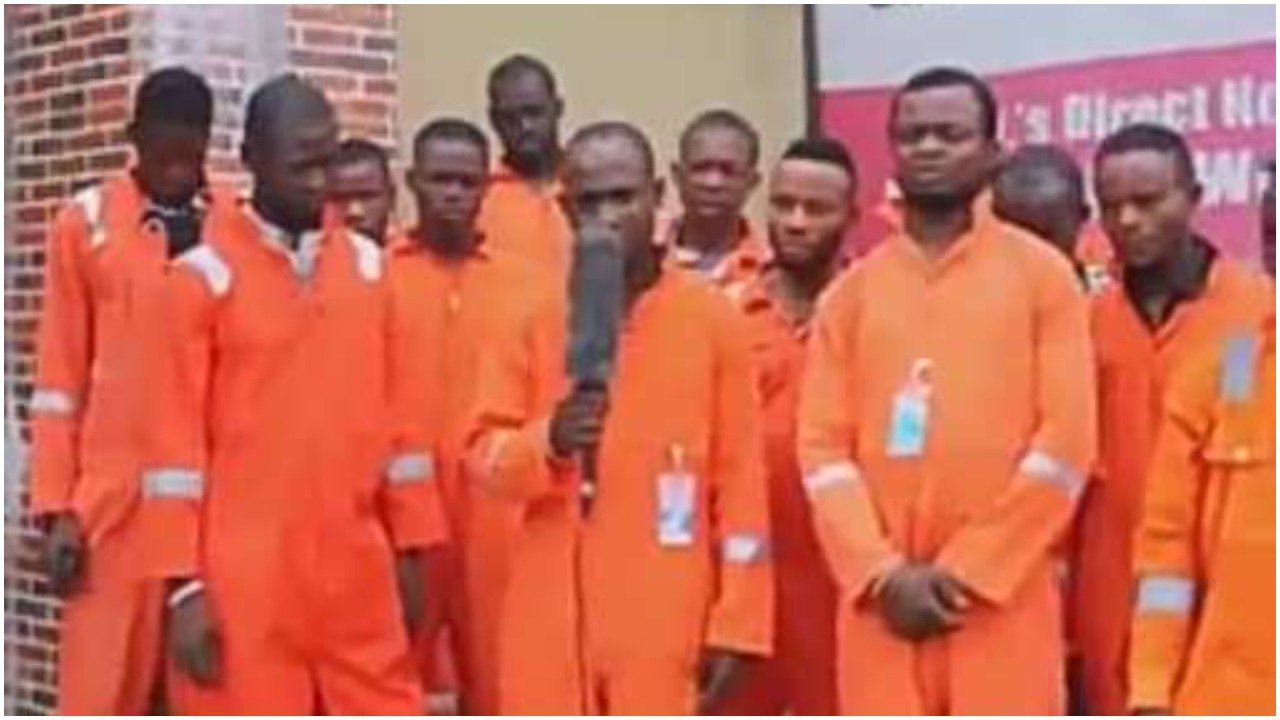 General Overseer, Apostle Chibuzor Chinyere of the church disclosed this in a telephone interview with the News Agency of Nigeria (NAN) in Abuja on Monday.

Apostle Chinyere said that the repentant militants and kidnappers turned over a new leaf after a divine encounter through evangelism organised for some of them in their various camps.

“I preached to them and many of them hearkened to salvation call and gave their lives to Jesus Christ.

“Before I embarked on this move, I bought some estates to relocate them.

“Initially when I preached to them, because I could not relocate them out of their place, it was easy for them to go back to their old ways.

“So, I decided that the best way to approach them is to change their environment and that became the first step of their healing process,” he said.

He said that he took them to the estate, got them baptized and began to teach them the words of God form complete liberation from crime.

“These kidnappers have wives and children, so what we did was to put their children in the free school operated by the church and at the same time established businesses for their wives.

“We started teaching them different skills and by the grace of God, after they acquired the skills, some said they wanted to be pastors.

“And, currently we have eight of them that are full time pastors in OPM branches.

“Others are into different skills like carpentry, pipeline welding, scaffolding, mechanic and so on,” Chinyere said.

According to him, about 10,000 youths have been rehabilitated and reintegrated into the society under the OPM rehabilitation programme for youths especially for repentant militants and commercial sex workers.

The OPM General Overseer said that some of the repentant militants had been gainfully employed in different oil companies in the country, while some got jobs abroad.

“The Nigerian Police have been cooperating with us; some of these youths have been in crime for many years and they were not caught, but they came with their arms to surrender.

“The police decided not to go after them since they surrendered willingly as long as they don’t go back to crime again; there is somebody that submitted three AK-47 riffles.

“We took them to police headquarters in Rivers, located at Moscow Road and they took their biometrics, pictures and fingerprints as well as record of guns submitted and the crimes they committed.

The cleric also said that the programme had recorded 95 per cent success as the repentant militants and kidnappers had not returned to crime since they surrendered.

Chinyere further said that efforts were on to ensure that children of the less privileged, who were not in school, get the desired education through the church’s 15 free schools located in Rivers, Bayelsa, Abia, Akwa Ibom, and Lagos states.

“My target is to have this rehabilitation centres in every state of the federation to help people who roam about, because the school is free,” he said.

Mr Justine Obodo, one of the repented militants from Emohua Local Government Area, who spoke on behalf of others said they had been in the rehabilitation camp since 2019.

“I am from Egbeda in Emohua Local Government Area. We have been in OPM rehabilitation centre since 2019, and as sons of Ikwerre, we have changed from our bad lives.

“We never knew we will be alive to see today and we are not greater than those that have died in battle with army, police and navy.

“Today we are living by the grace of God because the bible said that whoever the son of God has set free, he is free indeed.

“We believe that Jesus Christ died for our sins for us to have repentance. The day we denounced, we came with our irons (guns) and submitted them.

“Go to Ikwerre land now, there is peace because we were the ones causing problem there before, but today, we have changed.

He gave assurance that the rehabilitated militants would work with other stakeholders to persuade other militants and youths not to take to crime again in their communities.

“We have been eating three times a day and our wives now have businesses and our children have been enrolled in the OPM free schools,” he added.