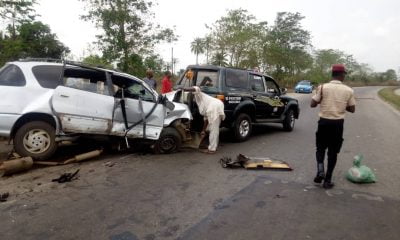 The Ogun State Traffic Compliance and Enforcement Corps (TRACE) has said that four persons died while 44 others sustained injuries in 34 road crashes across Ogun State between March 28 and April 11, 2021, being the Easter period.

The spokesperson for TRACE, Babatunde Akinbiyi, said in a report that 117 persons were involved in the accidents within the 2021 Easter period.

Akinbiyi said out of the 117 persons involved, “44 persons (33 males, 11 females) sustained various degrees of injuries, four men were killed and 69 persons were rescued unhurt due to the prompt response to 27 emergency calls received by TRACE Corps,” DAILY POST reports.