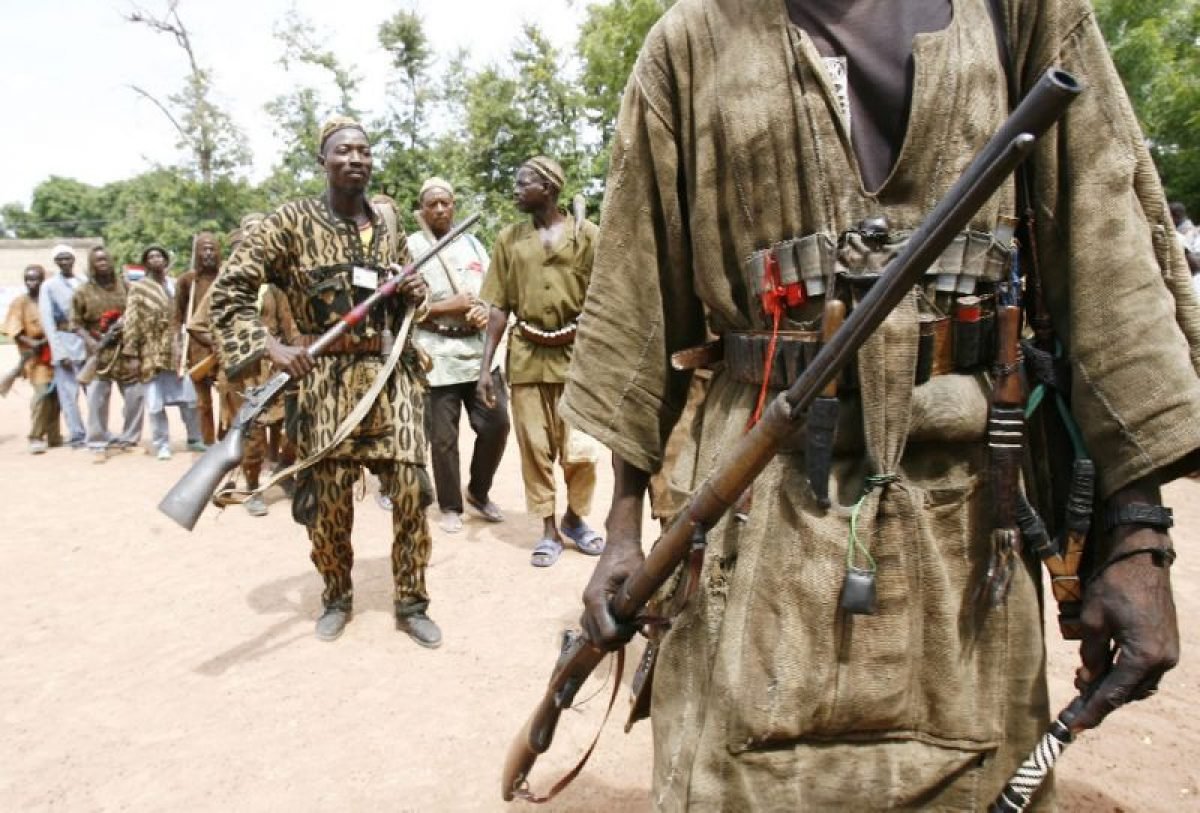 According to a resident of the village, who spoke on condition of anonymity said the gunmen who entered the village around 11.30pm divided themselves into two groups, with the first set of four men entering houses and bringing out the residents, while another set mounted surveillance on the road leading into the village, The PUNCH.

It was gathered that a villager who escaped from the gunmen called a member of the Hunters’ Group of Nigeria to inform him of the incident.

“I was already asleep when I heard a noise from outside and I rushed out. Four men bearing guns asked us to come out. They spoke a language we were not familiar with, but we understood that they wanted us to come out of the house.

“I could also see about four other men with guns watching the road leading into the village to ward off any attempt to stop them.

“But a villager was able to sneak away from the gunmen and called some hunters, who immediately responded,” the resident said.

Another resident, Tayo Ola, said the building that the gunmen first entered when they got to the village was riddled with bullets.

Ola stated that three villagers were shot but none was taken away by the gunmen, adding that the arrival of hunters put the attackers under pressure and made them to flee into the bush.

The spokesperson for the state police command, Yemisi Opalola, who confirmed the incident said, “Some herdsmen, on Sunday, attacked Koka village in the Obokun Local Government Area of Osun State and attempted to abduct some villagers.

READ  WHO Team Lands In China To Trace COVID-19 Origin

“The villagers and hunters mobilised and engaged the attackers in a firefight and liberated themselves. Three villagers sustained bullet wounds. Those injured are responding to treatment at the Asubiaro State Hospital, Osogbo.

“The command has drafted operatives to join locals on a search operation to apprehend the fleeing suspects.”