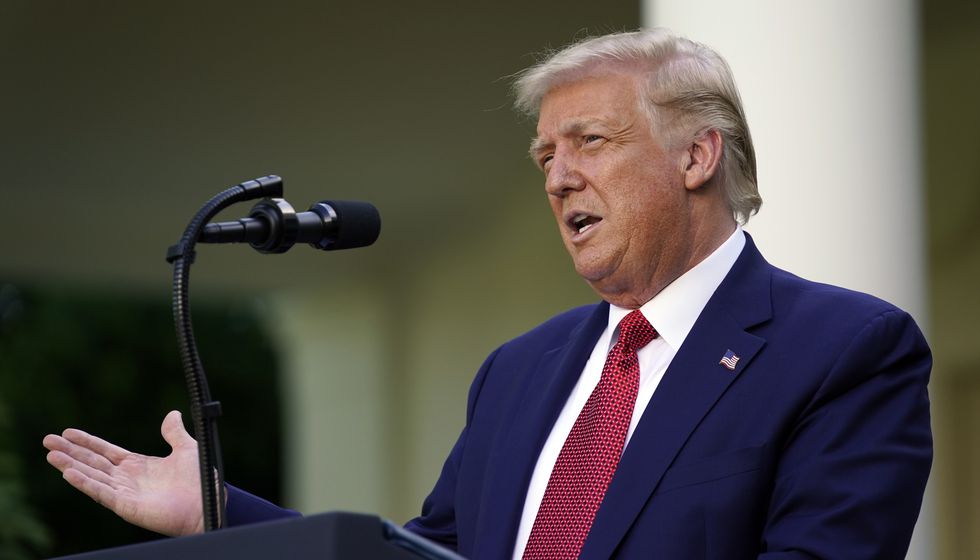 Former US president, Donald Trump has revealed he is looking ‘very seriously’ at running for president again in 2024.

Speaking during his very first television interview since leaving office in January, Trump announced his Presidential ambitions. He also attacked Joe Biden for his handling of the southern border and then warned that Latin America was ‘sending rapists’ into the United States.

‘I am looking at it very seriously,’ he said. ‘Beyond seriously.’ Trump told Fox News’ Sean Hannity.

He said he believed his high poll ratings – what he termed his ‘tremendous numbers’ was due to disappointment in Biden’s rule.

‘I’ve got tremendous numbers. Nobody has ever gotten the numbers I got. No sitting president has come even close. There is more popularity now the end there was the day before the election,’ he said.

Trump, now 74, said he is not ready to officially declare his candidacy.

‘From a legal standpoint, I don’t want to really talk about it yet,’ he added.

He singled out having reduced taxes, reduced the cost of prescription drugs, created Space Force, and built parts of a wall along the border with Mexico.

More than 170,000 migrants were taken into custody at the U.S.-Mexico border in March – the highest monthly total since at least 2006. Now Trump says Biden’s undoing of his immigration policies was very bad.

‘All he had to do was leave it alone,’ said Trump, pointing out that tens of thousands of migrants are currently arriving, and claiming that they were criminals and drug traffickers.

‘They are sending us not their best people,’ Trump said.

‘They are sending us people that in many cases – not in all cases – are murderers, drug dealers, human traffickers, rapists, really bad people.

‘They are sending people from prisons.’

‘It’s a horrible situation,’ he said. ‘It could destroy our country. People are pouring in.’

He told Hannity that he was looking forward to campaigning on behalf of Republican candidates for the 2022 election, and said they should embrace his policies ‘if they want to win’.