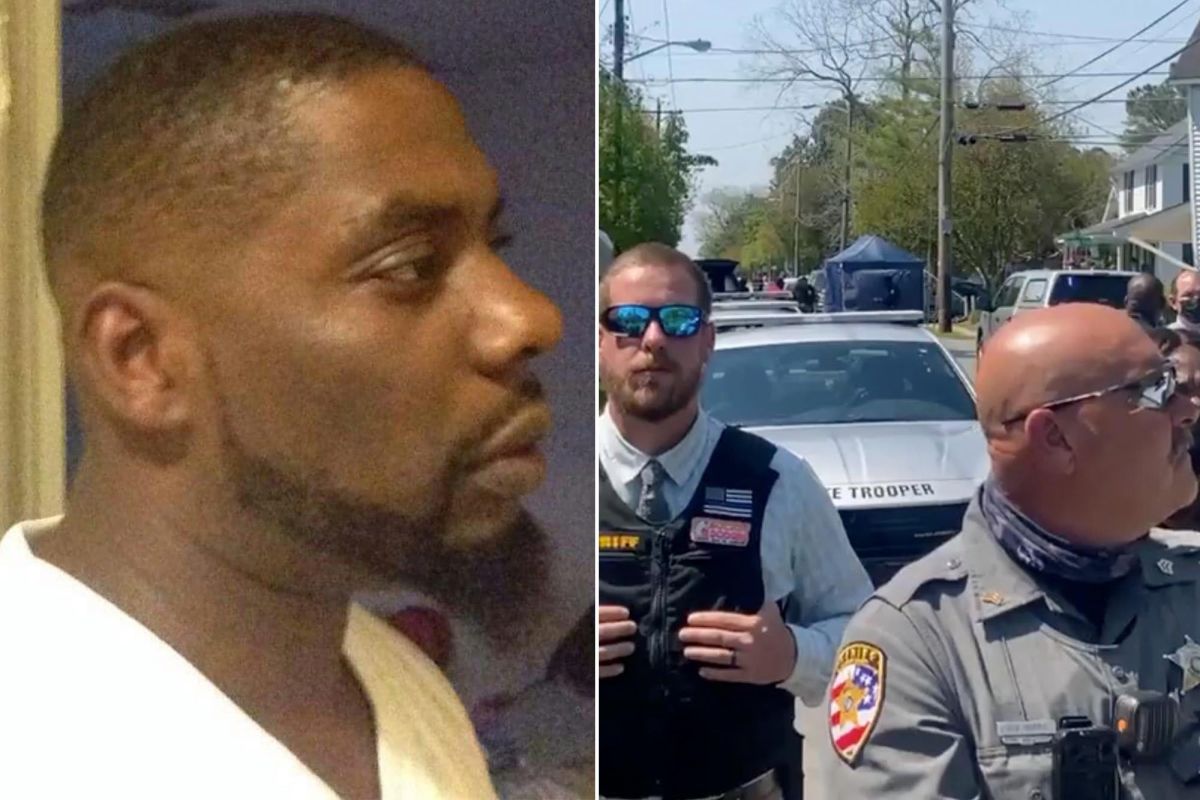 Another black man, Andrew Brown Jr has been shot dead by sheriff deputies in the United States.

Protesters have taken over the streets of North Carolina after a black man, Andrew Brown Jr was shot dead by local sheriff’s deputies.

According to North Carolina state officials, an investigation into the fatal shooting of the Black man in his car has commenced.

The shooting happened when local sheriff’s deputies tried to serve him with a search warrant, authorities and local media reported on Wednesday.

The shooting unfolded on Wednesday morning in Elizabeth City, a riverfront town of about 18,000 residents in Pasquotank County near North Carolina’s coastal border with Virginia, and small groups of protesters took to the streets by evening.

The county sheriff’s office and the State Bureau of Investigation (SBI), which said it had taken over the case, each provided few details of the fatal encounter.

Authorities identified the man who was slain as Andrew Brown Jr., a resident of Elizabeth City and said only that he was shot when sheriff’s deputies tried to serve him with a search warrant at about 8:40 a.m.

Relatives described him to the Raleigh News & Observer and other media outlets as a 40-year-old father and an African American.

Law enforcement officials did not say whether Brown was armed at the time or whether he was considered a threat to the officers. The nature of the warrant was not disclosed.

The shooting came the day after a jury found Derek Chauvin, a white former Minneapolis police officer, guilty of murdering George Floyd last year by kneeling on his neck while he was handcuffed and under arrest. read more

Relatives of Brown told CNN and other media that he was near his home and in an automobile at the time of the shooting.

All the deputies at the scene wore police body cameras, and the deputy who fired the gun was placed on administrative leave, Pasquotank County Sheriff Tommy Wooten told a news conference on Wednesday.

Wooten was accompanied by the local district attorney, R. Andrew Womble, who said he was looking for “accurate answers, not fast answers.”

As news of the shooting spread, local media showed scores of people gathering outside the town hall as the City Council held an emergency meeting on Wednesday night to discuss the case and a possible curfew. African Americans account for about half the town’s population.

No curfew was immediately issued, but that authority was given to Police Chief Eddie Buffaloe Jr., who told the council his goal was “to keep the peace.”