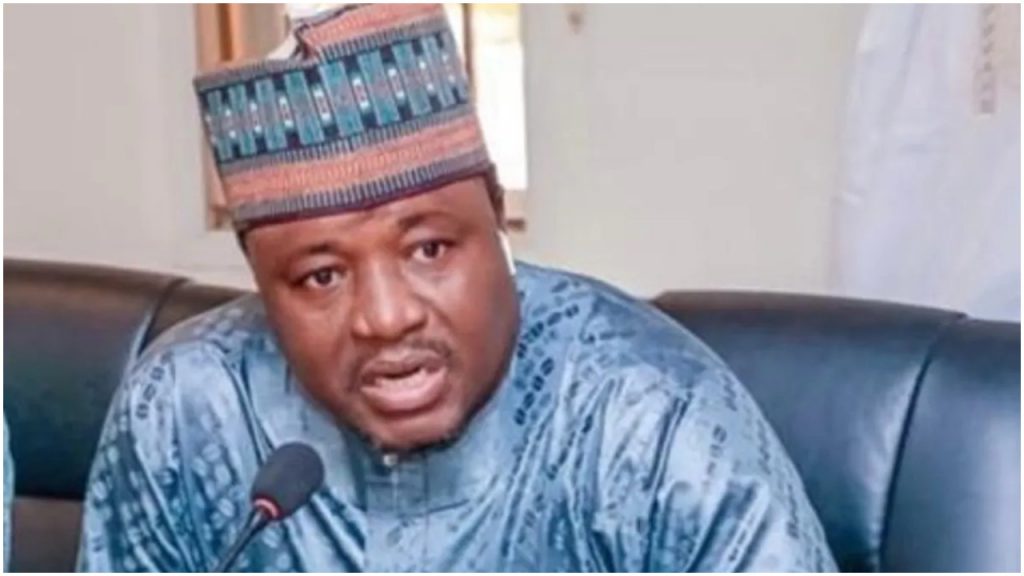 The Arewa Youths Consultative Forum (AYCF) has told President Muhammadu Buhari to review Nigeria’s relationship with the UK over its decision to grant asylum to members of the Indigenous People of Biafra (IPOB).

National President of the AYCF, Yerima Shettima said if the UK goes ahead to give asylum to IPOB members whose organization has been proscribed and labelled a threat to Nigeria’s security, the UK government is also part of Nigeria’s problems.

He, therefore, urged President Muhammadu Buhari to take a definite stand on the matter and not allow Nigeria’s sovereignty and security to be undermined.

Furthermore, he wondered if IPOB and Nnamdi Kanu are more important to the UK government than Nigeria as a country.

“It’s a clear indication that the Nigerian government would have to review its relationship with the United Kingdom, UK, because they cannot have a good relationship with a state such as Nigeria and at the same time be giving asylum to a major threat, who is an enemy of this country, a criminal with his organisation proscribed and listed among those of terrorist organisation in the world.

“Giving them asylum means something is wrong, this means that to an extent we will start thinking that the UK has a hand in our problems; now what becomes the interest of UK in putting them ahead of us.

“I was wondering, is the UK government pretending that they do not know that this guy (Nnamdi Kanu) is doing harm to Nigeria? Is it that they folded their arms for obvious reasons best known to them?

“Are they saying their relationship with that individual criminal is far better than what they have with Nigeria under diplomacy? Something is wrong and for me, the relationship has to be reviewed.

“The Nigerian government must be decisive; it is either the UK government repatriates him to face his trials or they say that Kanu is better than Nigeria,” Shettima said in a chat with Daily Post on Wednesday.

The federal government of Nigeria had warned the government of the United Kingdom against its plan to grant asylum to members of the proscribed Indigenous People of Biafra (IPOB).

The Nigerian government in its submission said the UK government was undermining security in Nigeria by its actions.

The UK government had unveiled plans to grant asylum to persecuted members of IPOB and the Movement for the Actualisation of the Sovereign State of Biafra (MASSOB).

But reacting to the plan by the UK government, Nigeria’s Minister for Information, Alhaji Lai Mohammed said if indeed the UK government has such plans for IPOB and MASSOB members, then something is wrong somewhere, adding that it will be sabotage against Nigeria’s fight against terrorism.

However, the British government has replied the Muhammadu Buhari-led federal government after it kicked against the granting of asylum to members of the Indigenous People of Biafra (IPOB).

The British High Commission stated on Wednesday that all asylum and human rights claims from Nigerian nationals will be considered on their individual merits in accordance with its international obligations.

The commission added that it has a proud history of providing protection to those who need it, in accordance with its international obligations under the Refugee Convention and European Convention on Human Rights.

On its part, the Indigenous People of Biafra (IPOB) led by Nnamdi Kanu has rejected the reported plans by the UK government to offer ‘persecuted’ members asylum.

Kanu who spoke on Tuesday in a statement by IPOB media and publicity secretary, Emma Powerful said what IPOB needs is not asylum but a referendum that will lead to freedom from Nigeria.

The group however commended the reported move by the UK government but said it is better to get a referendum and become independent than to abandon their agitation and flee to the UK.