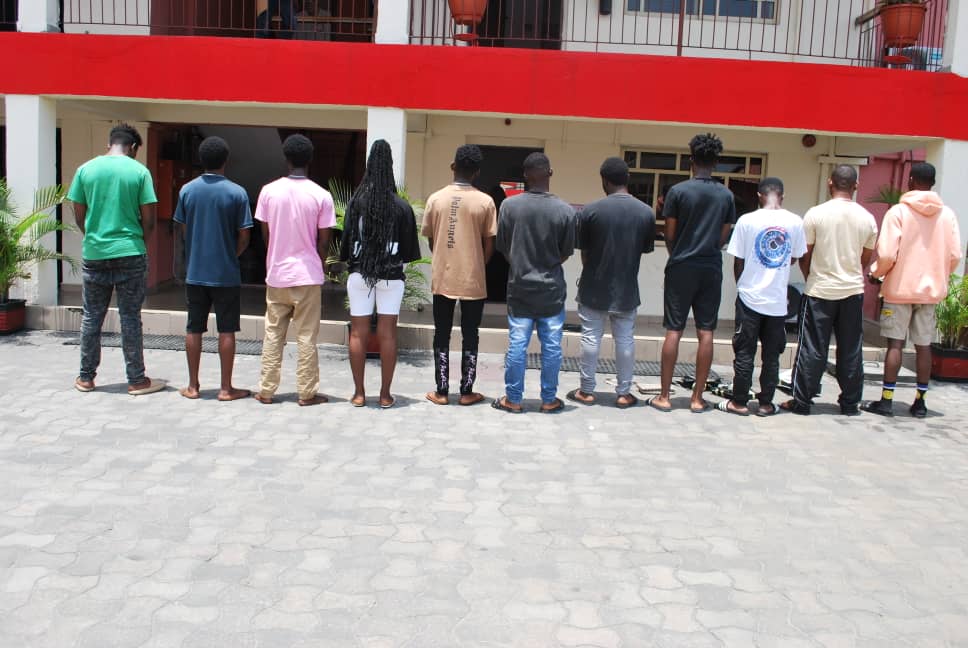 Eleven suspected Internet fraudsters have been arrested by operatives of the Economic and Financial Crimes Commission (EFCC) in a sting operation covering Rivers and Bayelsa States.

The EFCC spokesman, Wilson Uwujaren, in a statement said they were arrested on Wednesday.

According to the statement, EFCC operates from four locations in Bayelsa – Queens Estate, Mike Okporkpor, Kpansia, Yenagoa – and Unity Estate in Rivers.

“Their arrest was spurred by discreet surveillance about their suspicious involvement in internet-related fraud”, Uwujaren noted.

The statement added that the suspects will be charged to court as soon as investigations are concluded.