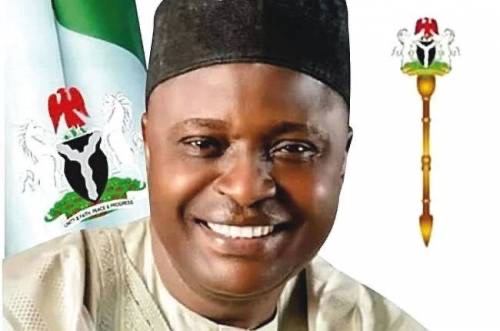 Nwadkom noted that there are presently more than 13,000 Internally Displaced Persons in his constituency as a result of the violent attacks by the Fulani fighters.

Simon Mwadkom, a member of the House of Representatives from Barakin Ladi/Riyom Federal Constituency of Plateau State, has revealed that foreign Fulani terrorists invaded no fewer than 55 communities in his constituency and displaced the residents, SaharaReporters reports.

Nwadkom noted that there are presently more than 13,000 Internally Displaced Persons in his constituency as a result of the violent attacks by the Fulani fighters.

The lawmaker added in an interview with Tribune that when the Vice President, Yemi Osinbajo, came to Plateau State, he made a pronouncement that the Nigerian Government would assist the people with N10 billion to rebuild their houses but nothing had happened till date.

Nwadkom said, “Insecurity has already consumed Nigeria. Security agencies are overwhelmed and some people argue that it is because of lack of funding of the police and the military and other related issues.

Some say it is lack of training and retraining of the security personnel, while others blame the absence of technology and equipment to meet the security challenges facing the country. But I will link the problem to the failed government that we have. This government promised to deal with insecurity and other related issues within six months.

“Initially, most of these problems were concentrated in the North-East and precisely in Borno State but since this government came to power, we have been having terrible experiences. Insecurity has spread to every nook and cranny of the country. The government has been paying lip service to security.

“President (Muhammadu) Buhari called on former President (Goodluck) Jonathan to resign over security failure. If I were President Buhari, I would have resigned long ago.

“This government is selective, it is a government that does not carry Nigerians along. Before we closed for the plenary, I presented a petition before the House with regard to the over 55 communities in my constituency that have been destroyed and taken over by people we do not know. We have Fulanis within the communities and we know them but the truth is that these people that have come and formed new settlements, we don’t know them.

“And as a citizen of this area, I cannot access these communities and come back with my life. We have cried out. Even as I am talking to you, we have 13,000 IDPs in my constituency. The houses that were destroyed have not been rebuilt. The community that is making effort, that is, Jong community, the houses they are trying to build were about being destroyed again three days ago. We don’t have the firepower of these people.

“If the government that is supposed to protect every citizen of this country is saying there is no land grabbing in my constituency, it is unfortunate, but I dont want to take issues with the government.

“As of the last count, 55 communities had been taken over by these foreign Fulanis. They have renovated the houses that natives deserted and are presently living in them. They are occupying properties that do not belong to them. When the vice president came to Plateau State, he made a pronouncement that the Federal Government would assist the people with N10 billion so that they could rebuild their houses. Have the houses been rebuilt? Are there not settlements there now? Who are those living there when the natives have been chased away? The issue of mobile barracks was mentioned by the same vice president. Have the barracks been built?”