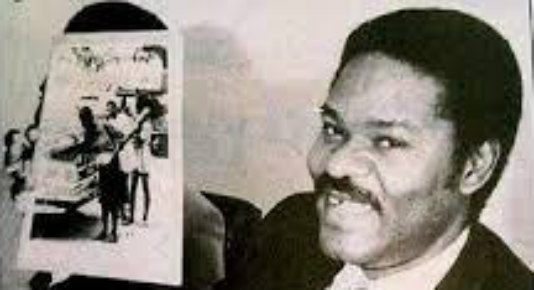 Ray Ekpu, a close associate of the late popular journalist, Dele Giwa, who was murdered in Ikeja, Lagos on October 19, 1986 with a bomb enclosed in a parcel, said the slain journalist’s killers are known but government is not ready to do anything about it.

The 72-year-old veteran stated this during an interview with The PUNCH while recounting the life and times of his friend and the circumstances of his death.

When asked if he thinks Dele Giwa would have unravelled the murder and uncovered the killer, given his pedigree as an investigative journalist, he said “I don’t know how he would have unravelled the murder other than how it has been unravelled already. It’s been unravelled already and we’ve said that at several press conferences, we’ve published it. We went to Oputa panel in Abuja, we made presentations. So, the killers are known; it is just that government doesn’t want to do anything about it.

“Even Oputa panel said the (Ibrahim) Babangida’s government was culpable – it was prima facie culpable; but there has to be further investigation of the matter. A man who investigated it, the former CP of Lagos State, was there at Oputa panel in Abuja and he gave his own view of what he found. He asked for the government to allow him to interview some of the people whose names we mentioned, the government did not allow him to interview them. So, what more investigation could anybody do?

“The sitting President at that time, President Olusegun Obasanjo, appeared before the panel to answer whatever questions. Some people rather went to court and asked the court to stop them from appearing. So, by logic, if somebody accuses you of murder, will you be running away from it? Wouldn’t you say let me go and clear my name? But these were people who were accused of assassination and then they ran away instead of wanting to clear their good names. Is that not how it is done? So, what more evidence do you need?” Recalling how exactly the bombing incident happened and where were you, the veteran journalist said:

“I was in Surulere. That morning I spoke to him (Dele Giwa). I told you we lived in the same building. I spoke to him at about 9 o’clock and I told him I was going to Surulere with my wife to see some relations. And he said to me, “I hope you remember we have a meeting at 12 or 1(pm)?” That day was a Sunday. I said, “Yes, we would be back (before then).” So, on coming back around 11am, around Allen Avenue/Obafemi Awolowo roundabout, I saw Kayode Soyinka, who was then our London correspondent, who arrived the day before and was staying in Dele’s apartment. I saw him (Soyinka) in a long night wear – white and blue stripped, long night wear – walking like a madman, aimlessly.

‘I saw blood spatter on his night wear. I said, “Kayode, where are you going to? What’s happening?” He said, “Dele has been bombed! Dele has been bombed!” I didn’t get the meaning of what he was saying – Dele had been bombed; bombed how? Was he at the war front? I didn’t get it but he kept saying, “Dele has been bombed.” I said, “What do you mean? Okay, enter into the car.” He came in, I was driving, my wife was sitting by my side. We went to No. 25 Talabi Street. I saw a huge crowd outside. I enquired, they said, “Oh, a parcel bomb exploded. Dele has been taken to First Foundation Hospital,” owned by Dr Tosin Ajayi – that was the hospital we were using at the time. I told my wife to get down, so I could go to the hospital.

As I started the car and moved, I hit one car; I was just nervous, struggling to get there quickly and see what I could do. So, one lady came to me and said, “Mr Ekpu, I’m sure that you cannot drive now. Can I drive you to wherever you want to go to?” I said I wanted to go to First Foundation Hospital. So, she took over my car and drove me there. I met the nurses, I met Dr Tosin Ajayi and Tosin took me to where he (Dele Giwa) was. His eyes were wide open; I could see a lot of blood at the mid-section of his body; he was covered with a white cloth. His eyes were wide open, so I hit him and called him, “Dele! Dele! See me, I am here! Dele, this is Ray!” and Tosin Ajayi said, “He’s dead already. We certified him dead.” So, I broke down, I cried and cried and cried like a baby. Then I gathered myself and started making calls to the Directors (of Newswatch), his friends.

“They came to the hospital. I called the staff, they came. We drafted a statement and released to the public. That was how we handled it. It’s not a situation that one can sit down and describe. Somebody who was healthy, I left him in the morning, he spoke to me, he wasn’t coughing, he wasn’t stammering, then only for me to come back a few hours later and he was dead, by some parcel – a parcel becomes a killer of my dear friend, oh my God. How was I going to handle the challenge facing us?

“The challenge was not Newswatch, it was the challenge of facing the consequences of his death because one, we needed to find out who did it and would they sit back and let us do it or they would come after us? People said to me at that time, “You better go abroad and practise; you are next because they know that what he knew you know; they will come after you.” I said, “Me? I’m not going anywhere. We went round and brought all these people to come and work with us (at Newswatch), I would then run away because I am afraid for my life! I am not going to go away. If I go away, what will happen to what has happened? Nothing will move; no, I’m not going away. If they want to kill me, so be it, but I leave my life in the hands of God Almighty.”

“That was the major challenge. It wasn’t even Newswatch because we were courageous enough to pick up the pieces that same week. People never thought Newswatch would come out, it was devastating. People were coming every day and crying in our office from Monday to Friday, everyday, we were receiving visitors. The police were coming, public members were coming, university people, people from different countries, people from different states, men, women, young people, they were all trooping into our office at No. 62 Oregun Road. On Friday, I then said to my colleagues, “We shut the gate; we must produce the paper. That is what we must achieve, the paper must come out in spite of the fact that we are in mourning.” So, we closed the gate on Friday, no receiving of anybody. We locked the gate and I collected the keys. We produced the magazine, it came out on Sunday. We met that challenge head-on with the help of God.