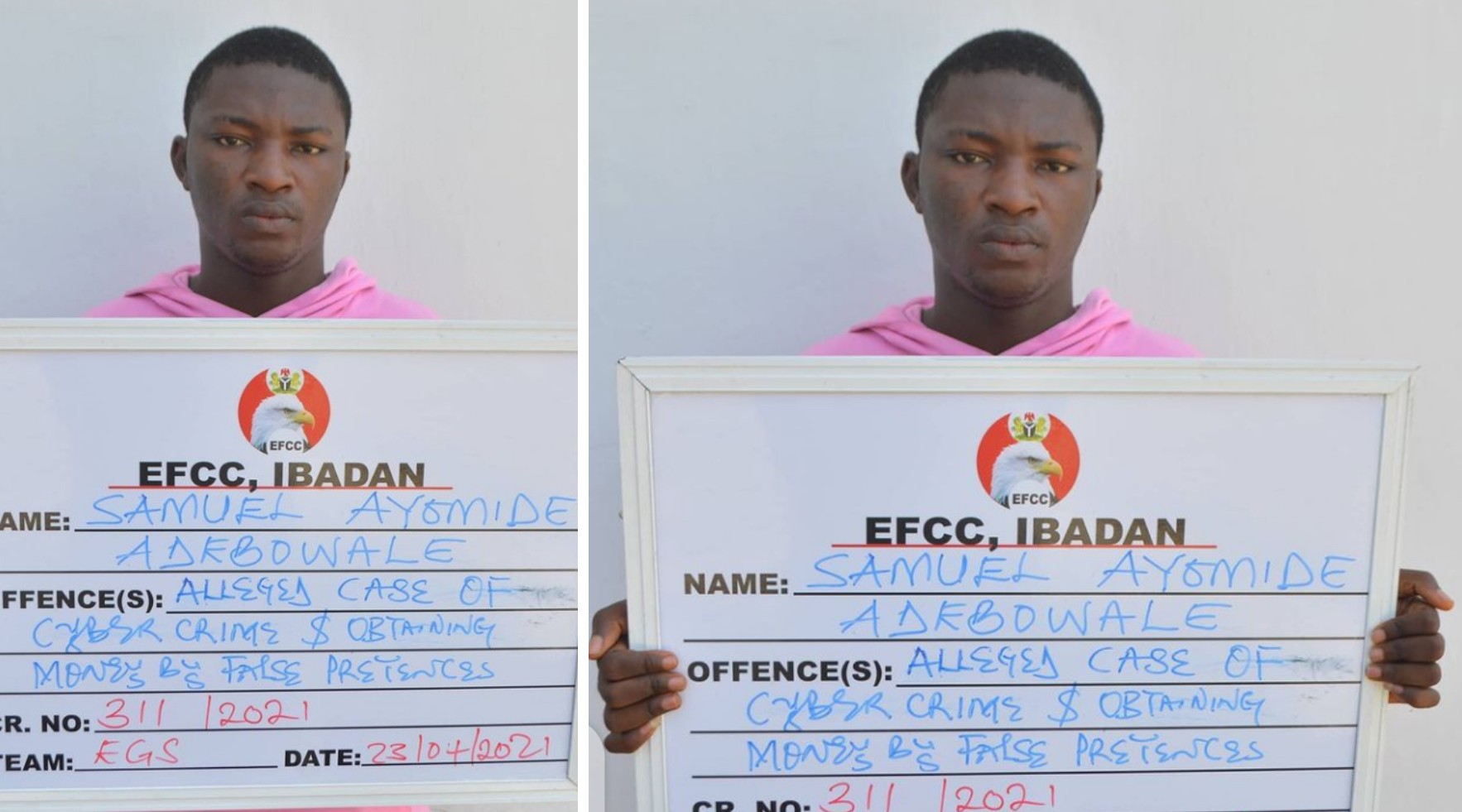 The Economic and Financial Crimes Commission (EFCC) Ibadan Zonal Office, has arrested one Ayomide Samuel Adebowale who trades in bitcoin for his alleged involvement in cyber crimes.

EFCC in a statement said Ayomide along with four others were picked up from two locations at Elebu area in Ibadan, Oyo State.

The suspects whose ages range between 21 and 37 were arrested sequel to series of intelligence received by the commission on their alleged involvement in internet-related crimes.

Items recovered from them include two cars, laptops, phones and some documents suspected to contain false pretences.

EFCC said the suspects will be charged to court as soon as the investigation is completed.