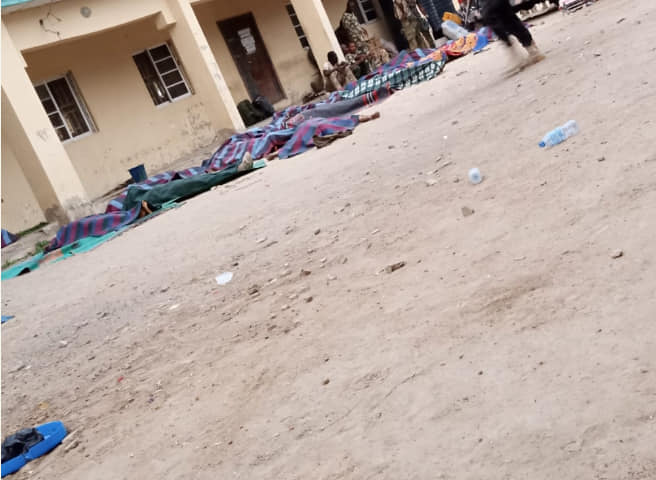 At about noon yesterday 25 April 2021, BH in there numbers attack the position of 156 TF Borno Mainok in Maiduguri, killing soldiers and setting Armored Personnel Carrier Tanks and operational vehicles on fire.

Military Sources told SaharaReporters that the Terror group disguised in military convoy and gained access to 156 TF Bn position in Mainok and headed straight to the arm store and started inflicting heavy fire power on the troops and dislodged them.

The insurgents have subsequently released photos from the attack