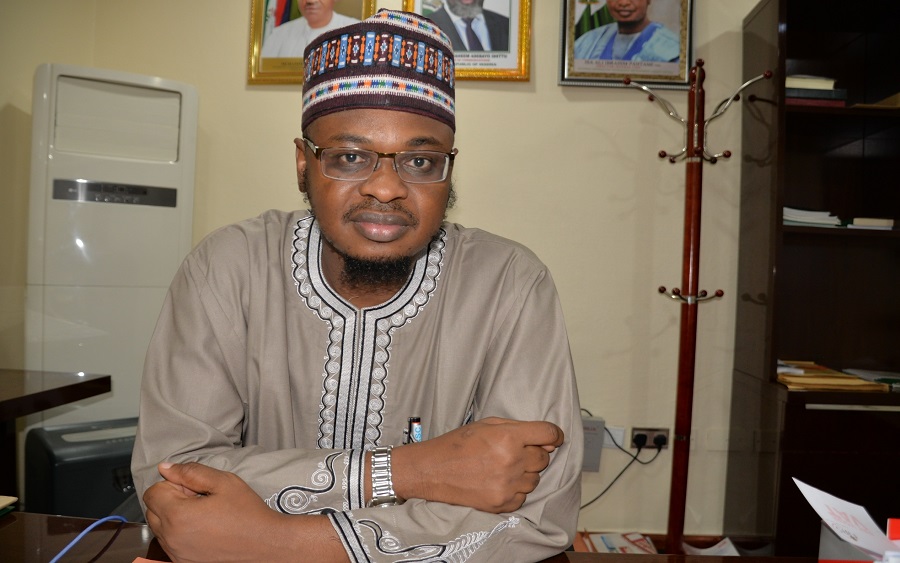 An All Progressives Congress (APC) group has asked Nigerians to liken the country’s Minister of Communications and Digital Economy, Sheikh Isa Ali Pantami, with Apostle Paul of the Holy Bible.

Speaking at a news conference on Monday, April 26 in Abuja, Convener of the APC Advocates Forum, Comrade Kabiru Duhu, weighed in on the controversy surrounding the Islamic scholar, Naija News understands.

Duhu in his submission about Pantami’s past declarations about AlQaeda terrorists and Osama Bin Laden urged Nigerians to be fair on the Minister and consider his case like that of Apostle Paul who got converted on his way to Damascus.

The APC group leader insisted that the minister should be judged based on his track record of service and not his past.

He said: “Dr Pantami is one Nigerian who has had to speak in positive terms in the past out of his conviction as an impressionable at a time many other clerics in Nigeria believed that Saudi Arabia was doing the right thing”. He added that, “along the line, he (Pantami) had an experience similar to what the Holy Bible told us that Apostle Paul had on the road to Damascus after he was exposed to fresh evidence”.

The forum said Pantami thereafter openly recanted his previous comments and took it upon himself to preach against Islamic extremist ideologies across major cities of Northern Nigeria and which has over the years made him a target for Boko Haram.

“So, whereas many Nigerians from the South first heard about Dr Pantami when President Muhammadu Buhari named him the Director-General of the National Information Technology Development Agency (NITDA) and subsequently as a cabinet member, he had for at least 10 years been a known figure in the North for his itinerant anti-Boko Haram preachings.

“He was in fact one of the few Islamic preachers that dared preached publicly against the deadly sect, before it was designated as a terrorist group, and which was why Abubakar Shekau, the leader of the insurgent group in February 2020 issued a fatwa on him and reminded Nigerians how his group shot and killed other preachers”, the forum stated.

Duhu commended Pantami for his achievements in the ministry within two years in office, recalling how he launched the decade-long Economic Policy and Strategy for a Digital Nigeria in 2019 as well as the development of a SIM Card Registration Policy in February 2020.

He said: “Under Pantami, there is now a revised NIN-SIM Registration Policy, the Nigerian National Broadband Plan (2020 – 2025), launching of the Emergency Communication Centres and 112 Emergency Communication Number, the significant drop in Right of Way charges after meeting with state governors and a host of other achievements.”