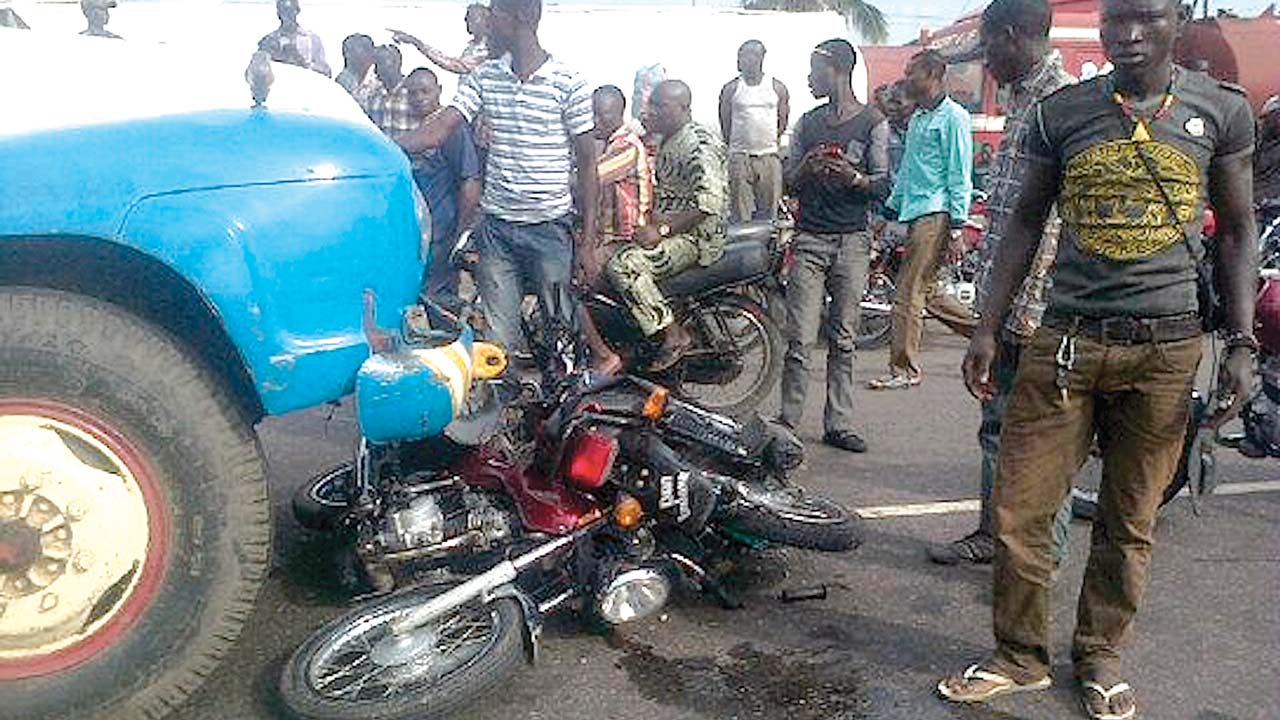 Two commercial motorcycle riders also known as Okada riders, were crushed to death in a fatal road accident which occurred at Akungba Akoko in the Akoko South-West Local Government Area of Ondo State.

It was gathered that the sad incident which happened on Sunday evening involved one 18- passenger Toyota bus with registration number MUS 361 FN and the two commercial motorcyclists.

An eyewitness said the two motorcycles had a head-on collision while the bus which was said to be on top speed overran them, killing the two riders as one of the victims was said to have had his body dismembered.

“The two motorcycles had a head-on collision, as the people were gathering to take them to the hospital, the bus was coming from the other side of the road and it crushed them,” he said.

The driver of the bus took to his heels immediately after the incident for fear of being lynched by the angry sympathisers who rushed to the scene.

The Public Relations Officer of the state police command, Tee-Leo Ikoro, who confirmed the incident, said investigation had commenced into the accident.