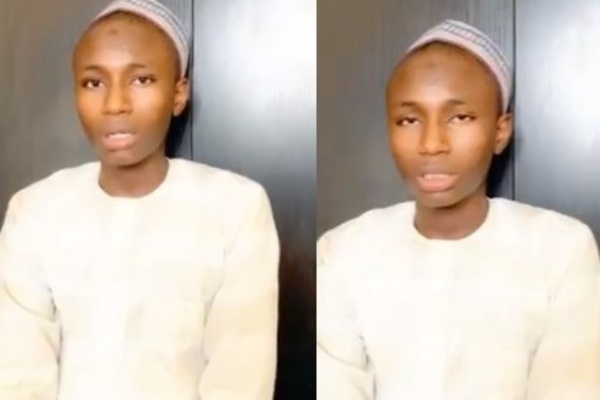 The identity of one of the two students of the Greenfield University recently killed by Bandits has been shared online.

Shaheed Abdulrahman, pictured above, has been identified as one of the two students of Greenfield University executed by the bandits on Monday April 26.

The Kaduna state government on Monday, April 26, shared the sad news that two more abducted students of the Greenfield University in the state have been killed by bandits.

It would be recalled that the bandits stormed the school last week and abducted scores of students. Last Friday, April 23, bodies of three of the abducted students were recovered.

His sister released a video in which he recited the Holy Quran before he was abducted on April 20 by the terrorists.