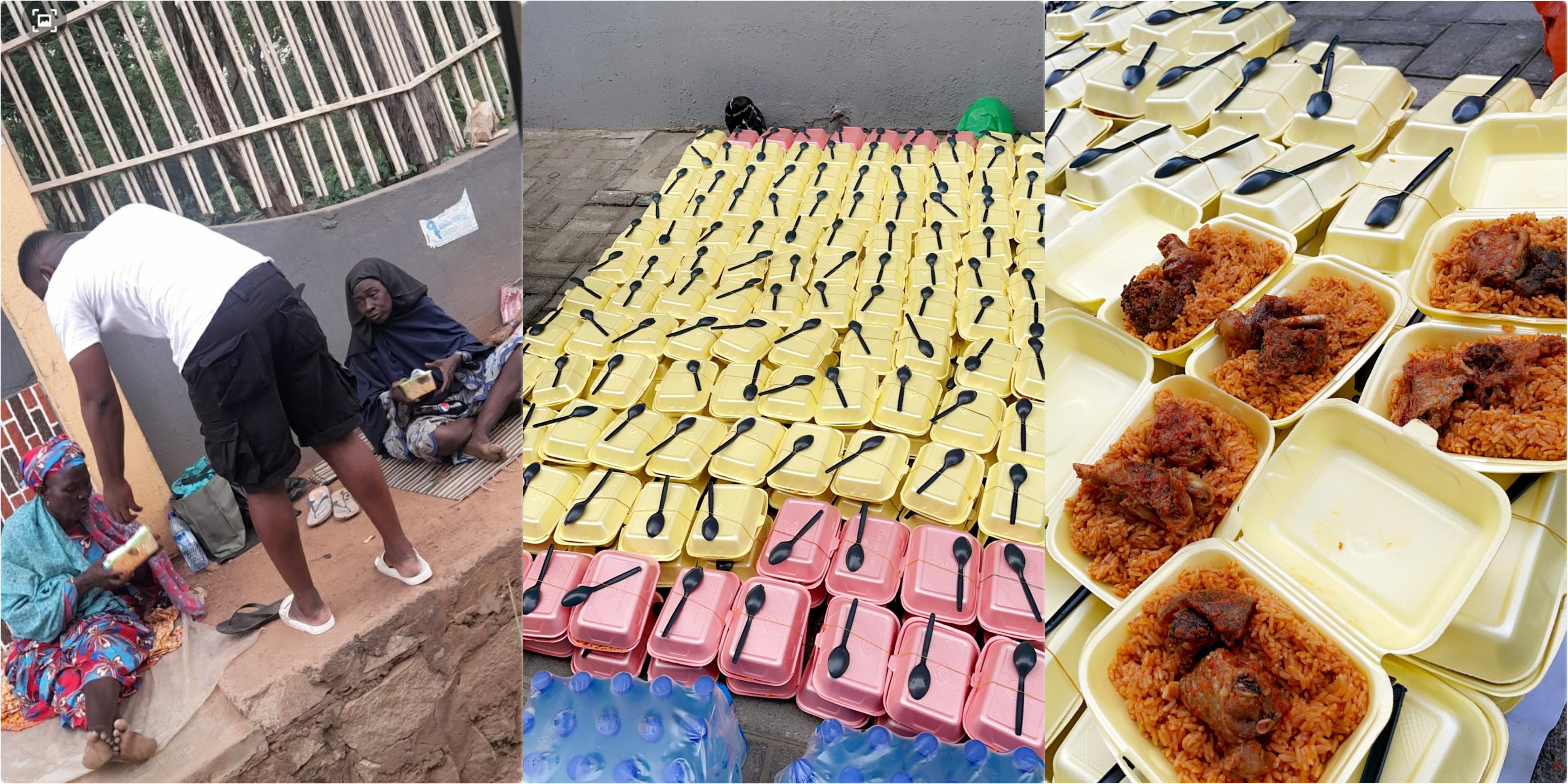 While some people said he should not have been photographed, others argued there is actually nothing wrong with it

A young man with the Twitter handle @ochada_roland has shown that humanity is all about giving oneself to make our society better.

In a post that has since gone viral, the young Nigerian was pictured preparing the food he planned to give out to people who lack it.

What got people’s attention more was not just the food but that the giver placed a note on each plate of the meal to show that he does not only want to feed them but is also interested in enriching their pockets.

The first photo has him preparing the meal. In the last frame, the Good Samaritan took the food out, handing each to street beggars.

What could be more wonderful?

A friend, @eniturn, who shared his photos, said it is the man’s dream to start a foundation where he can cater to people’s needs. As of the time of writing this report, the post has over 28,000 likes with over 6,000 retweets. Briefly News compiled some of them below:

@AmeerKogi said: “God Bless You, But Next Time Put The Camera At Home… Let It Be Between You And Allah!”

@valxclusive said: “Of everything you people have seen this guy do.. It’s him taking pictures of it that’s your problem. Lmao.”

@ikenna_frank said: “This is the highest tithe one can give God. More Grace to this human.”

@Blossom25006882 said: “He’s taking pics to encourage all of you asking questions to also give to humanity. Encourage him and don’t condemn him.”