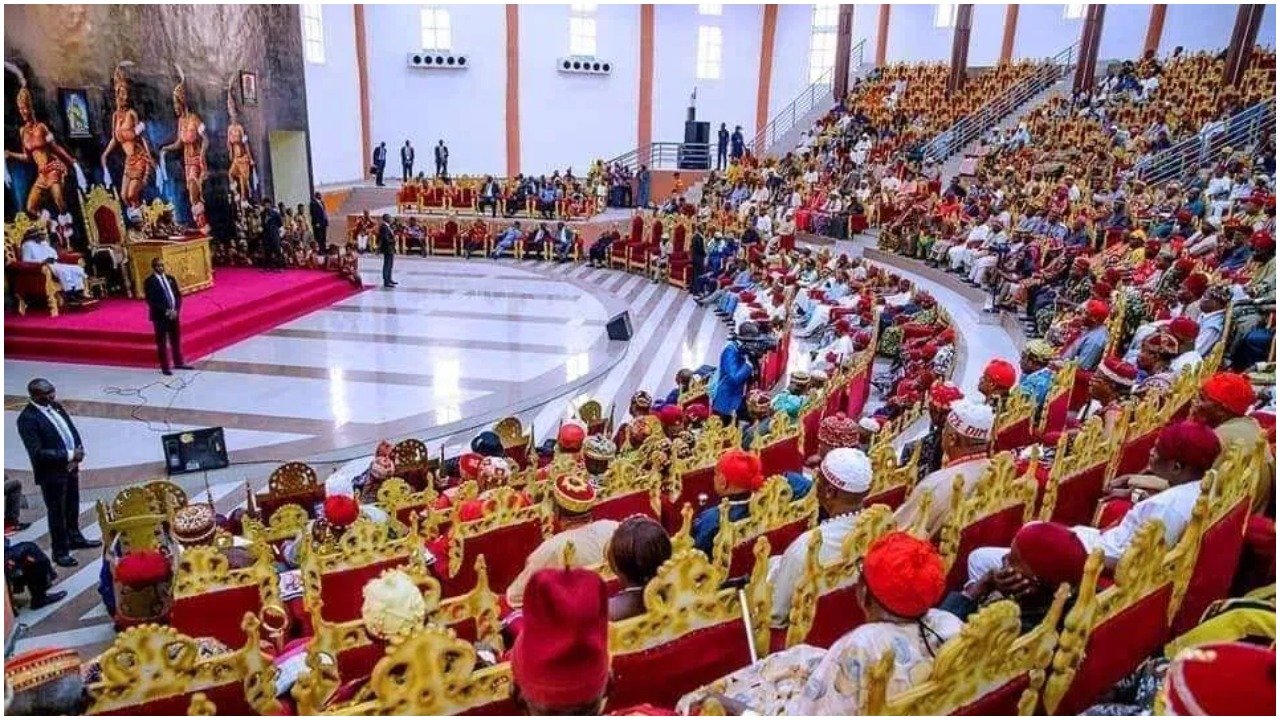 The Imo State Council of Traditional Rulers led by His Royal Majesty, Eze E.C Okeke, Eze Udo II of Amaifeke in Orlu LGA of Imo State, have warned those who may be sponsoring and fuelling crisis in the state to desist forthwith or receive a rain of curses from the traditional institution.

Eze Okeke who is also the Imo State chairman of Community Policing, in a communiqué signed by the traditional rulers, noted with dismay the wanton destruction of lives and property by ‘unknown gunmen’ in the state, describing it as politically motivated.

The communiqué condemned the recent attack on the governor’s house in Omuma and other vital state facilities including the Imo State correctional centre and police stations.

It further alleged that some unscrupulous politicians in the state are taking advantage of some feeble-minded youths to perpetrate various heinous crimes in the state.

The communiqué further warned those that are involved in the act to stop forthwith lest the anger of the gods will fall on them.