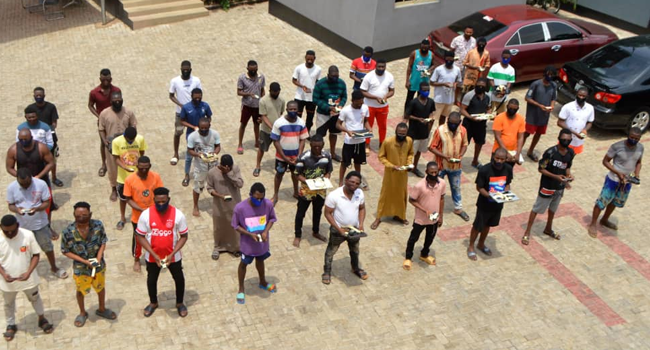 Operatives of the Economic and Financial Crimes Commission have apprehended 33 suspected yahoo boys.

Some suspected internet fraudsters numbering 33 have been arrested in Abeokuta, Ogun state.

The suspects were arrested by operatives of the Ibadan Zonal Office of the Economic and Financial Crimes Commission (EFCC).

A statement by the EFCC Head of Media and Publicity, Mr Wilson Uwujaren, said the suspects were apprehended at Adigbe, Oloke, Ibara Housing Estate Extension and Idi Ori areas of the Ogun State capital, following actionable intelligence received on their alleged criminal activities.

“They will soon be arraigned in court as soon as investigations are concluded”, the Commission spokesperson said.