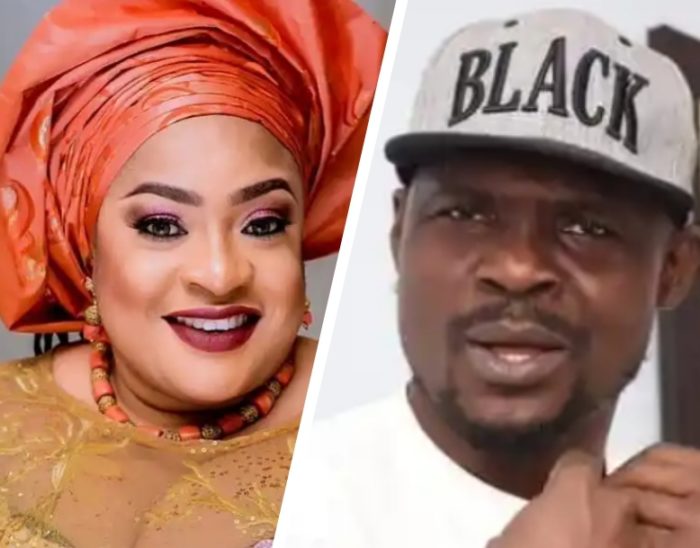 Announcing his arrest, Lagos police spokesman, Olumuyiwa Adejobi alleged that the actor had been sexually assaulting the teenager since she was seven.

Foluke Daramola, a Nollywood actress, has responded to the rebuke she got from comedian Princess over her position on Olarenwaju Omiyinka, popularly known as Baba Ijesha, who was arrested for allegedly assaulting a 14-year-old girl.

Baba Ijesha, according to the police, had been assaulting the teenager since she was seven.

Announcing his arrest in a statement last week, Lagos police spokesman, Olumuyiwa Adejobi alleged that the actor had been sexually assaulting the teenager since she was seven.

“The case of defilement was reported on 19th April, 2021 by one Princess Adekola Adekanya ‘female’ at Sabo Police Station and transferred to the Gender Unit of the State CID, Panti, Yaba Lagos for proper investigation.

“Based on preliminary findings, the suspect started sexually assaulting the victim, 14 years, since she was seven years old. The suspect confessed to the crime and was also captured by a CCTV camera in the house of the complainant.”

Foluke during week endorsed an Instagram post by actor Yomi Fabiyi likening Baba Ijesha’s arrest to that of Baba Suwe by the National Drug Law Enforcement Agency (NDLEA) in 2011.

He suggested that the police statement that Baba Ijesha was caught on CCTV was not enough to prove that the comedian actually committed the act.

According to Yomi, in the absence of “a clearcut open evidence, confession or trial with guilty verdict, it will be malicious and premature for any or as colleagues to draw conclusions.”

Speaking publicly on the matter for the first time in a video released on Wednesday, Princess confirmed that the victim is a girl in her care.

She said Baba Ijesha confessed four times to the police that he abused the girl when she was seven years old and on the day of his arrest.

According to her, the comedian betrayed her trust and years of mentorship by committing the act.

She labelled those asking to see video evidence of Baba Ijesha assaulting the girl as wicked including Foluke.

Princess asked if there was video evidence when the actress was raped as a virgin years ago.

Responding in a video of her own, Foluke said she did not know that Princess was the one who complained that Baba Ijesha sexually assaulted her foster child.

Restating that she was a rape victim, the 43-year-old said “Baba Ijesha must go down”, but she was concerned about having strong evidence, “not that I will ever support rapists.”

The actress added that she endorsed Yomi’s statement because there was a need for wisdom and patience in handling the matter.

Apologising for whatever misconception that may have arisen from her statement, she added that “I am truly sorry. What I stand for is what I stand for. I will never ever support a rapist. I am really sorry.”