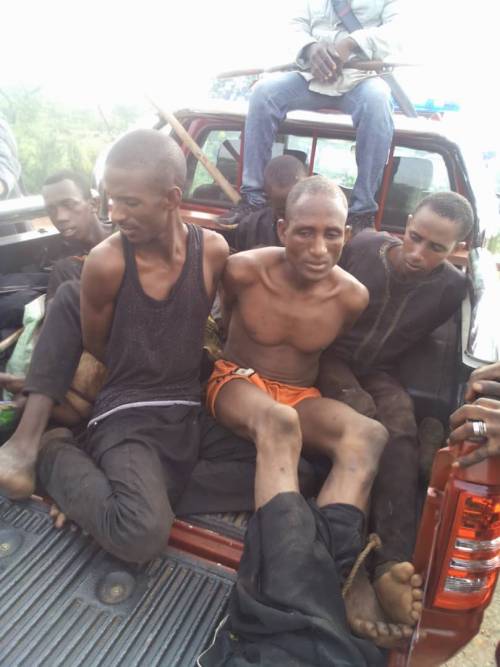 A statement by the commander of the Amotekun in the state, Col. Olayinka said the operation was carried out while on their joint routine patrol in the early hours of 29th of April, 2021 along two routes within the LGA.

All six of them were said to be of Fulani extraction and the arrest was carried out along Okeho-Ilua and Okeho-Iseyin Road around 4am on Thursday.

Olayinka further said the bandits’ modus operandi is to pretend like herdsmen in the day and violently robbed innocent passengers on the highways at night.

He said they had been handed over to the Nigeria Police Authority, Okeho Divisional Headquarters, alongside the 183 cows, weapons and money found in their possession for further investigation.

He urged those with necessary information that could help law enforcement agencies in their investigation to cooperate and report to the nearest police authority for proper investigation.